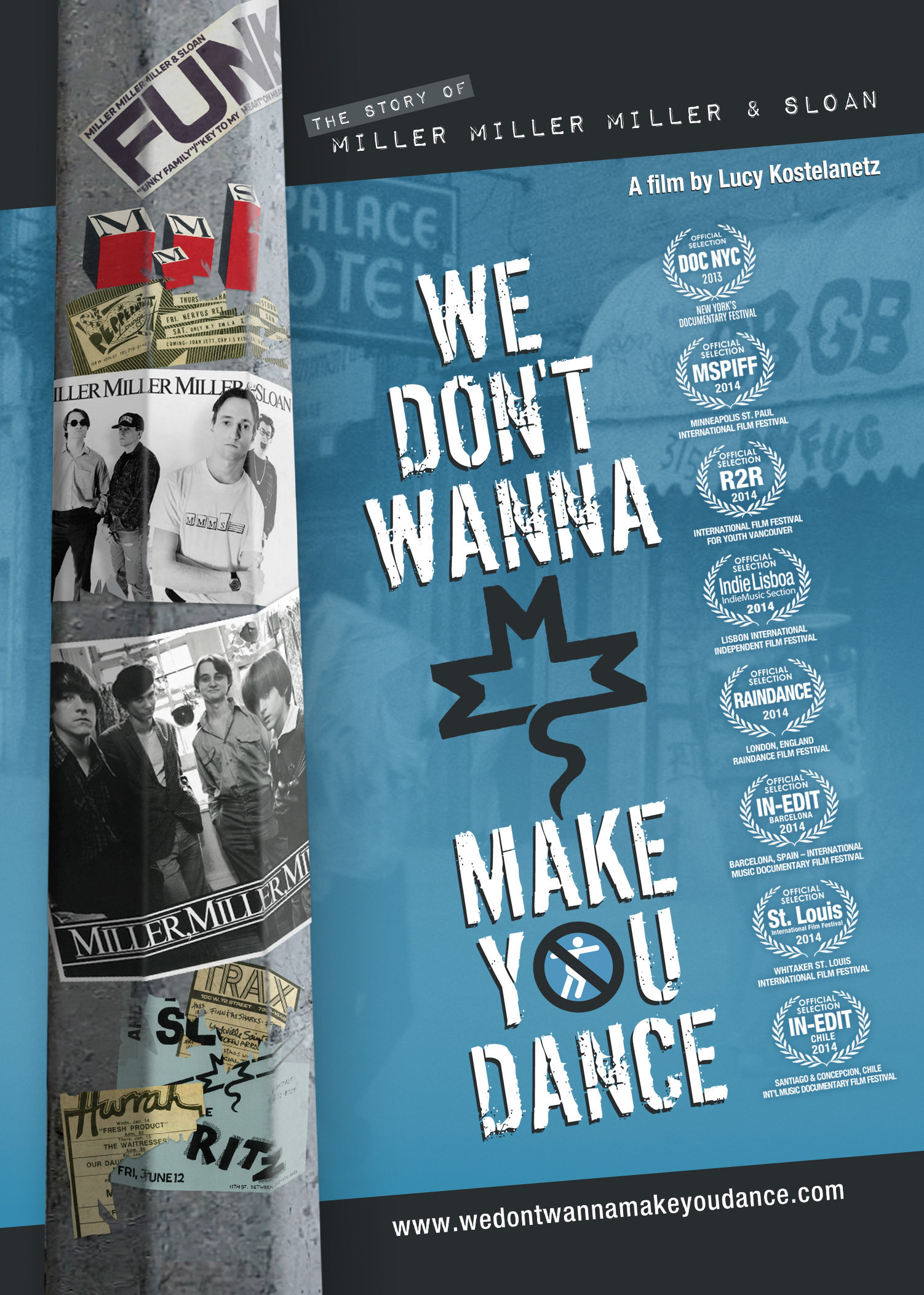 We Don't Wanna Make You Dance

WE DON'T WANNA MAKE YOU DANCE can be thought of as kind of a 28UP of a rock band. In 1983 the New York City teenage band, Miller, Miller, Miller & Sloan was hot and popular, playing at such famous venues as CBGB's. By 1988 the band was still together but life was intervening. By 1993 it 'disbanded'. Then in 2007 the filmmaker went back to see what happened to them as individuals, to explore where the 'dream' of making it and the intense creativity of that time had taken them in their lives. This is not a typical 'behind the music' story, but one which speaks to the resilience and resourcefulness that people can acquire in pursuing creative goals.

We Don't Wanna Make You Dance