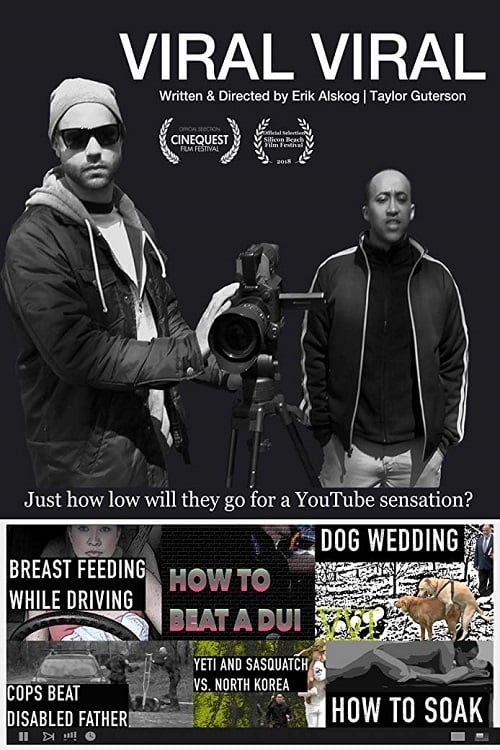 Just how low will they go for a YouTube sensation? Three online video creators are trying in vain to create a viral video. They have cute, boring spots that are largely ignored on YouTube-and they have increasingly impatient investors. Enter a mysterious consultant whose videos have garnered millions of hits-by dispensing with good taste. Overjoyed by their newfound success, the team pops out one popular video after another, from Sasquatch and Yeti in a curling match to "Breast Feeding While Driving". But as their business starts to take off, they realize that they know nothing about their consultant. Co-writer/director Taylor Guterson (Old Goats) partnered with Erik Alskog (co-writer/director, cast-member) to produce Viral Viral -- a darkly comedic tale of the crackpot underbelly of public media where nothing is off-limits in the quest for hits.