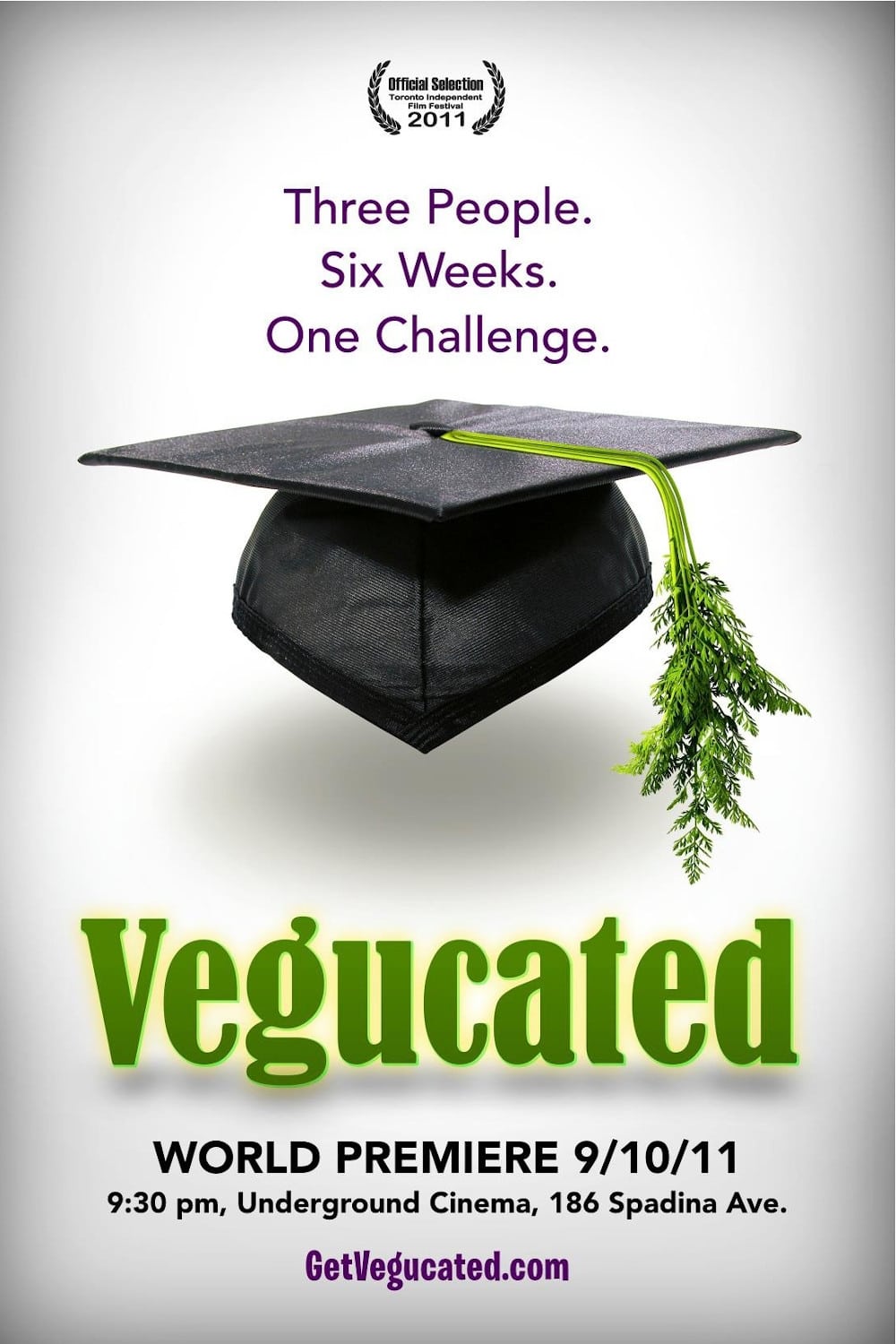 Vegucated is a guerrilla-style documentary that follows three meat- and cheese-loving New Yorkers who agree to adopt a vegan diet for six weeks and learn what it's all about. They have no idea that so much more than steak is at stake and that the planet's fate may fall on their plates. Lured by tales of weight lost and health regained, they begin to uncover hidden sides of animal agriculture that make them wonder whether solutions offered in films like Food, Inc. go far enough. Before long, they find themselves risking everything to expose an industry they supported just weeks before. But can their convictions carry them through when times get tough? What about on family vacations fraught with skeptical step-dads, carnivorous cousins, and breakfast buffets? Part sociological experiment and part adventure comedy, Vegucated showcases the rapid and at times comedic evolution of three people who are trying their darnedest to change in a culture that seems dead set against it.