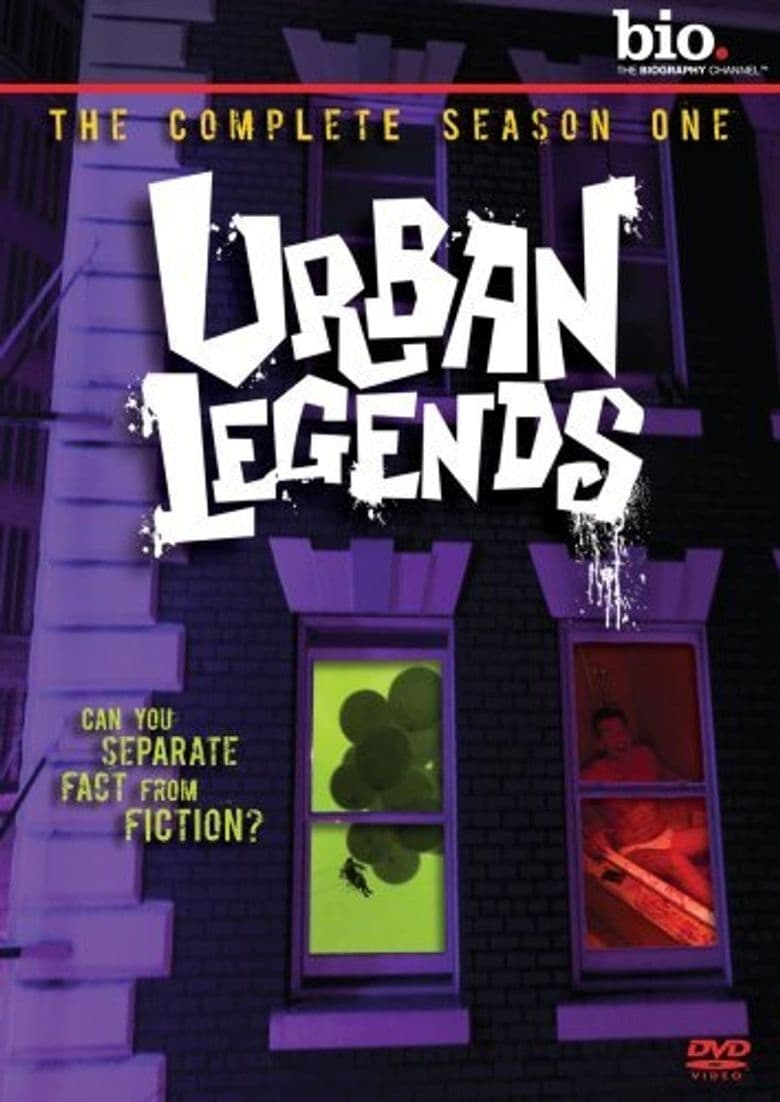 Urban Legends is a 30 minute 2007 television documentary-style series hosted by Michael Allcock. David Hewlett became the new host in 2011. In each episode, three urban legends are dramatized and presented to the television audience; the audience is then to speculate which one or two of the three is true. Each legend has witnesses to tell the story. For the one or two fake legends, the witnesses are actors, while the true legend uses real people affected by the story. Included in each episode are two quick quiz-like stories, called mini-myths, which air before the commercial breaks. Each will begin with the number of the mini myth and its name, followed by the story. After the commercial, the answer to the mini-myth is announced and the rest of the programming continues as it previously had. The show originally aired on the Biography Channel in the U.S., History Television in Canada and FX in the United Kingdom where it was hosted by Mark Dolan. It has also aired in Argentina, New Zealand, Sweden, Norway, Australia, Finland, Estonia, The Netherlands, Russia, Hungary and Denmark.

The series briefly returned to the Syfy network as an "Original Series" with new episodes starting on Monday April 18, 2011, then moved to the regular time, Fridays at 10. The new episodes followed exactly the same format as the original but were narrated by Stargate's David Hewlett. The show now airs occasionally as reruns and mini-marathons on both SyFy and Chiller.