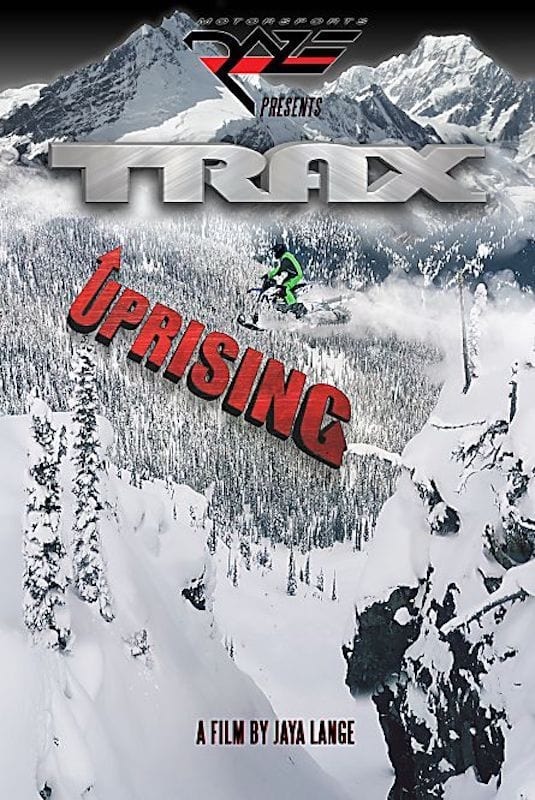 Over the past few years the Trax film has provided a great in view into the snow bike world including the history, the platforms and its pioneers. It’s now time to give our viewers a non stop action film featuring all the rising stars of the snow bike game from around the world.The Trax film travels across the globe covering new talent and non stop adventures on snow bikes including, Brock Hoyers road to X Games in Colorado, Steel cutters back flip on a Timbersled in Quebec to Russia where we get to see how the new Snow rider platform is performing. Trax “Uprising” introduces many new faces to the series as well like Morgan Kaliszuk and his freestyle moves, Cody Matechuk which is on fire this year and also a little adventure riding with Brock Butters and Ronnie Renner.