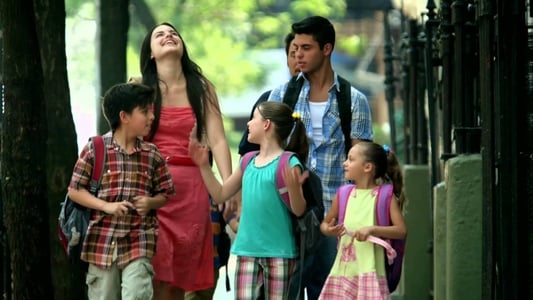 It was a bachelor’s life for hard-working and fun-loving Ray Ray Dominguez (Joey Dedio) who dreamt of leaving the barrio for a more carefree existence in Miami. That’s until one day when everything changed – and he became a reluctant “Tio Papi” aka Uncle Daddy to his sister’s six children ages 6 to 16. Now, in charge of raising this energetic (and expensive) clan, Ray Ray must make important decisions on what life really is all about. Combining heart-warming drama with light-hearted comedy, TIO PAPI, directed by Fro Rojas from the original screenplay by Joey Dedio and Brian Herskowitz, is an upbeat story of life’s unexpected surprises and ultimately what matters the most – the love of family.

One for the Road

And Then I Go

Star Wreck In The Pirkinning

The Man from Earth

A Light In The Forest

The Year of Getting to Know Us

Teacher of the Year

The Stranger Beside Me

The Ash Lad: In the Hall of the Mountain King

Who Do I Gotta Kill?

Devil in My Ride

Madness in the Method

What's the Worst That Could Happen?

The People vs. George Lucas

Poolboy: Drowning Out the Fury

Jack and the Beanstalk

What to Expect When You're Expecting

The Old Man and the Sea

The Legend of Ben Hall

Watch Out for the Automobile

The Haunting in Connecticut 2: Ghosts Of Georgia

Neither Heaven Nor Earth

Save Me From Love

The Reports on Sarah and Saleem

A Weekend with the Family

Laurel And Hardy Way Out West

The Last Days of Billy the Kid

He Who Finds a Wife

The Legend of Dolemite

A Hero Ain't Nothing But A Sandwich

Antboy 2 : Revenge of The Red Fury

Pirates of the Plain

You Did This to Me

Sherlock Holmes And The Shadow Watchers

Tommy and the Cool Mule

Nore Davis: You Guys Are Dope

Attack of the 50 Foot Cheerleader

Breakin' All the Rules