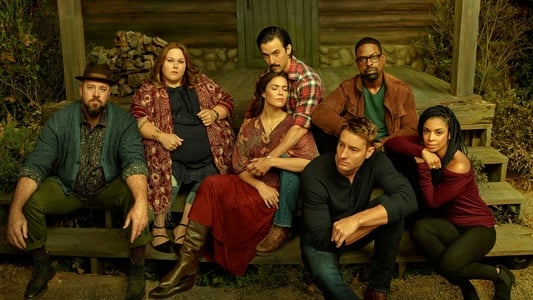 This Is Us is an American romantic family drama television series created by Dan Fogelman that premiered on NBC on September 20, 2016. The series follows the lives and families of two parents, and their three children, in several different time frames. It stars an ensemble cast featuring Milo Ventimiglia, Mandy Moore, Sterling K. Brown, Chrissy Metz, Justin Hartley, Susan Kelechi Watson, Chris Sullivan, Ron Cephas Jones, Jon Huertas, Alexandra Breckenridge, Niles Fitch, Logan Shroyer, Hannah Zeile, Mackenzie Hancsicsak, Parker Bates, Lonnie Chavis, Eris Baker and Faithe Herman. This Is Us is filmed in Los Angeles.The series has been nominated for Best Television Series – Drama at the 74th Golden Globe Awards and Best Drama Series at the 7th Critics' Choice Awards, as well as being chosen as a Top Television Program by the American Film Institute. Sterling K. Brown has received an Emmy, a Golden Globe, a Screen Actors Guild Award, a Critics' Choice Award, and an NAACP Image Award for his acting in the series. Mandy Moore and Chrissy Metz received Golden Globe nominations for Best Supporting Actress. In 2017, the series received ten Emmy nominations, including Outstanding Drama Series, with Brown winning for Outstanding Lead Actor in a Drama Series. In September 2016, NBC picked up the series for a full season of 18 episodes. In January 2017, NBC renewed the series for two additional seasons of 18 episodes each. In May 2019, NBC renewed the series for three additional seasons. The fifth season premiered on October 27, 2020. (Wikipedia)

Watch This Is Us Episodes Online

S5E12: Both Things Can Be True

[Trailer] This Is Us | All The Feels | FOX Home Ent Entertainment

This Is Us Casts

This Is Us Related