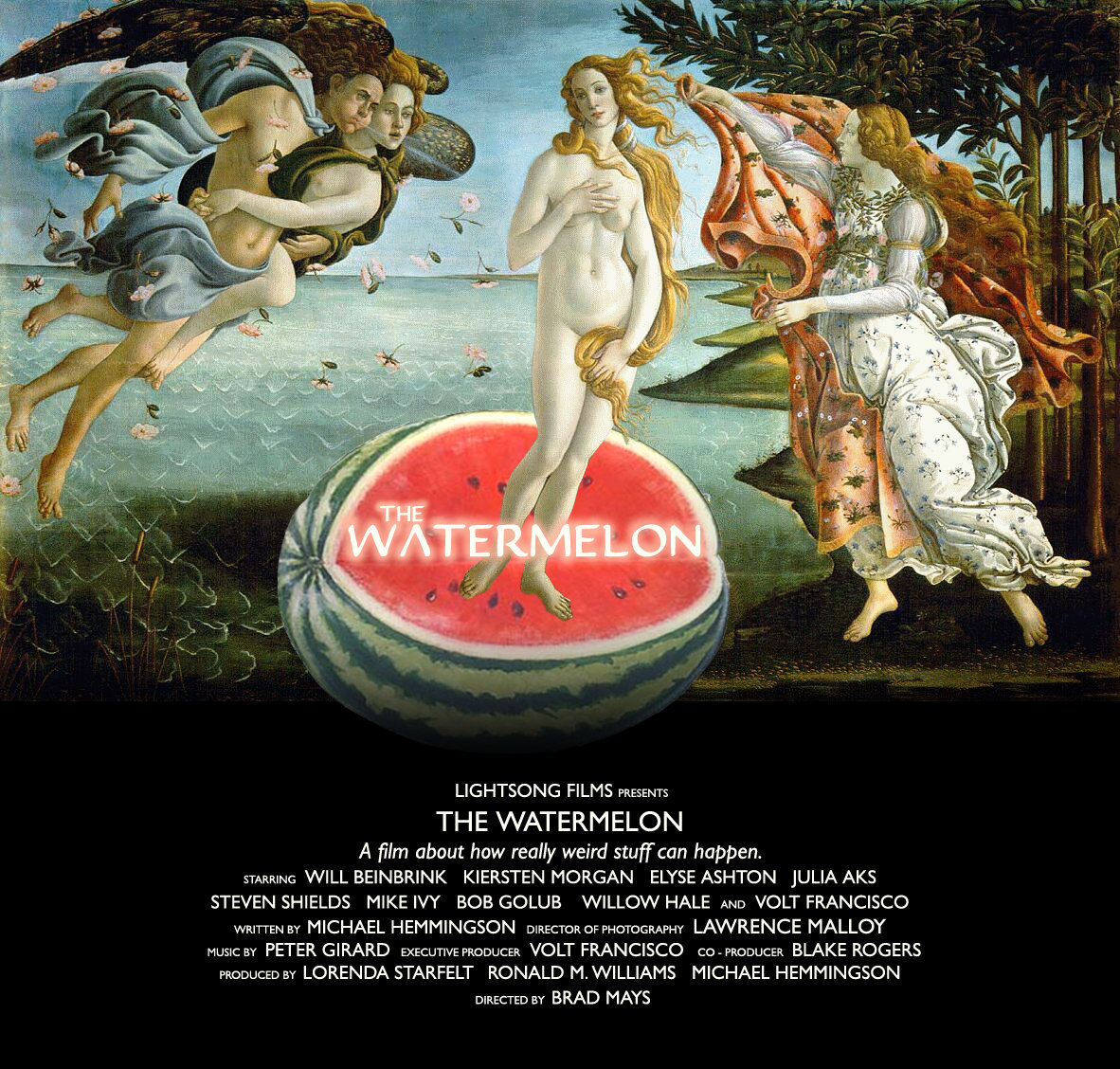 Newly divorced, Achilles Pumpkinseed lives alone in the house left to him by his deceased mother. Depressed and adrift, he spends his days smoking pot and watching television, usually alone but sometimes with his equally rootless friend Patroclus. One day an unexpected visitor named Homer shows up at Achilles' doorstep, bearing an unusual gift: an old dilapidated camping trailer painted like a child's image of a watermelon. Achilles' life will never be the same. Until it is. Sort of.