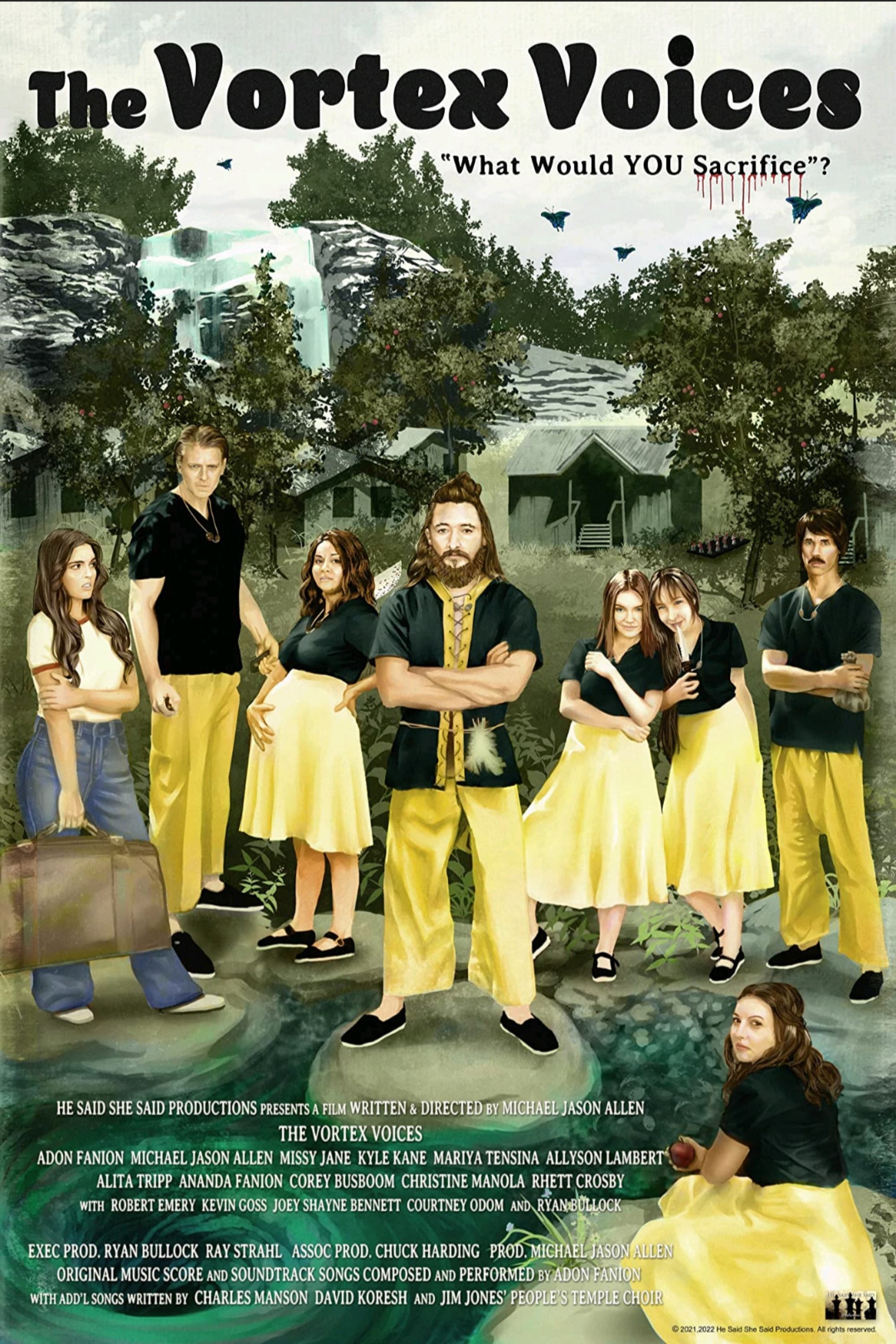 In 1973, Jonah the Earth Prophet is a cult commune leader who communicates the will of the Earth to his followers via voices from the vortex in which their living compound is built on. Members of the "family" hope for an afterlife of positive karma and eternal energy after serving their contracted time to the vortex, or rather to Jonah. Frustrations arise as members of the family struggle to fight their human urges, an ironic symptom of their obsession to be one with human nature itself, albeit a misconstrued version of it. Unsettling rituals, brutal tests of faith, and meetings of music and dance are forms of sacrifice to the vortex by the family - and so are the actual lives of those who wish to join the family but are not destined to belong. Utilizing inspiration from Jonestown, The Manson Family, Heaven's Gate, The Branch Davidians and others, The Vortex Voices puts you right there in the time and horror of it all.