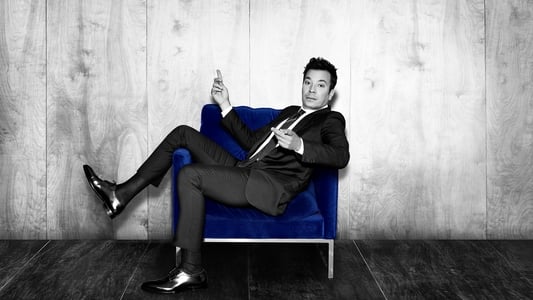 The Tonight Show Starring Jimmy Fallon is an American late-night talk show hosted by Jimmy Fallon, on NBC. The show premiered on February 17, 2014, and is produced by Broadway Video and Universal Television. It is the seventh (and current) incarnation of NBC's long-running Tonight Show franchise, with Fallon serving as the sixth host. The show also stars sidekick and announcer Steve Higgins and house band The Roots. The Tonight Show is produced by Katie Hockmeyer and executive-produced by Lorne Michaels. The show records from Studio 6B in Rockefeller Center, New York City, which is the same studio in which Tonight Starring Jack Paar and then The Tonight Show Starring Johnny Carson were produced from 1957 until 1972. The program airs weeknights at 11:35 p.m. ET/PT. The show opens with Fallon's topical monologue, then transitions into comedic sketches/games, concluding with guest interviews and musical performance. The Tonight Show Starring Jimmy Fallon attracted high ratings from its 2014 premiere. Many moments from the show have generated viral videos. The show has been nominated for nine Primetime Emmy Awards, winning two. On August 13, 2015, NBC announced that Fallon signed a contract to remain as host until at least 2021. On November 2, 2020, NBC announced that Fallon signed a contract extension to remain as host until end of 2021. (Wikipedia)

Himself - The Roots: MC

Himself - The Roots: Drums