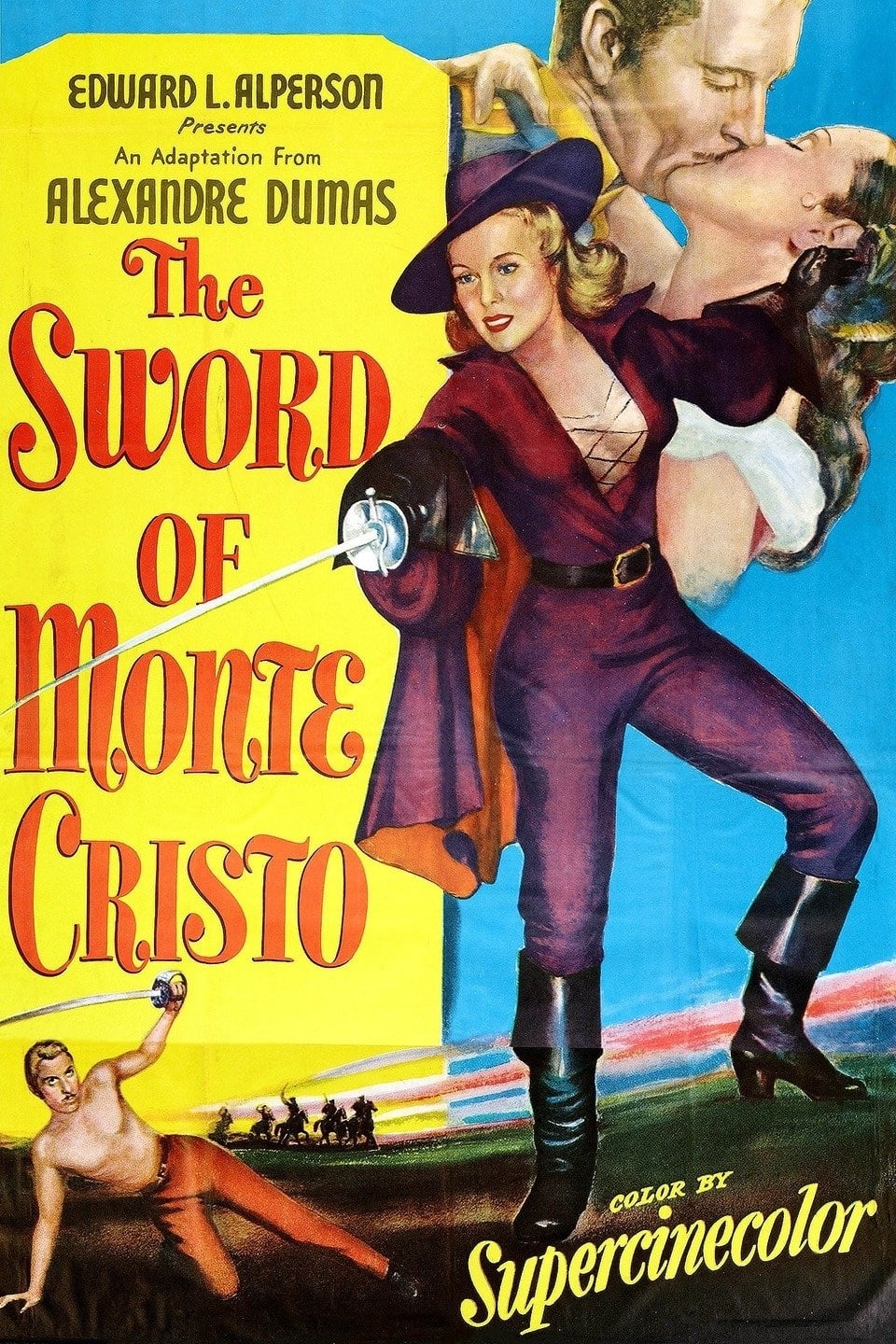 The Sword of Monte Cristo

In 1858 France, Emperor Louis Napoleon sends Captain Renault of the Royal Dragoons, Minister La Roche and Major Nicolet to Normandy in search of the members of a group of rebels. A Masked Cavalier - Lady Christianne, niece of the Marquis de Montableau - announces at a secret meeting of the Normandy underground leaders that the fabled treasure of Monte Cristo was willed to her and she will use it to finance their cause. Her uncle, the only one who can decipher the symbols on the sword of Monte Cristo, the key to the treasure, derides her stand against the Emperor. La Roche takes possession of the sword and has the Marquis put into a dungeon. Christianne, as the Masked Cavalier, regains the sword from La Roche, but Captain Renault apprehends her and returns to sword to La Roche.

The Sword of Monte Cristo