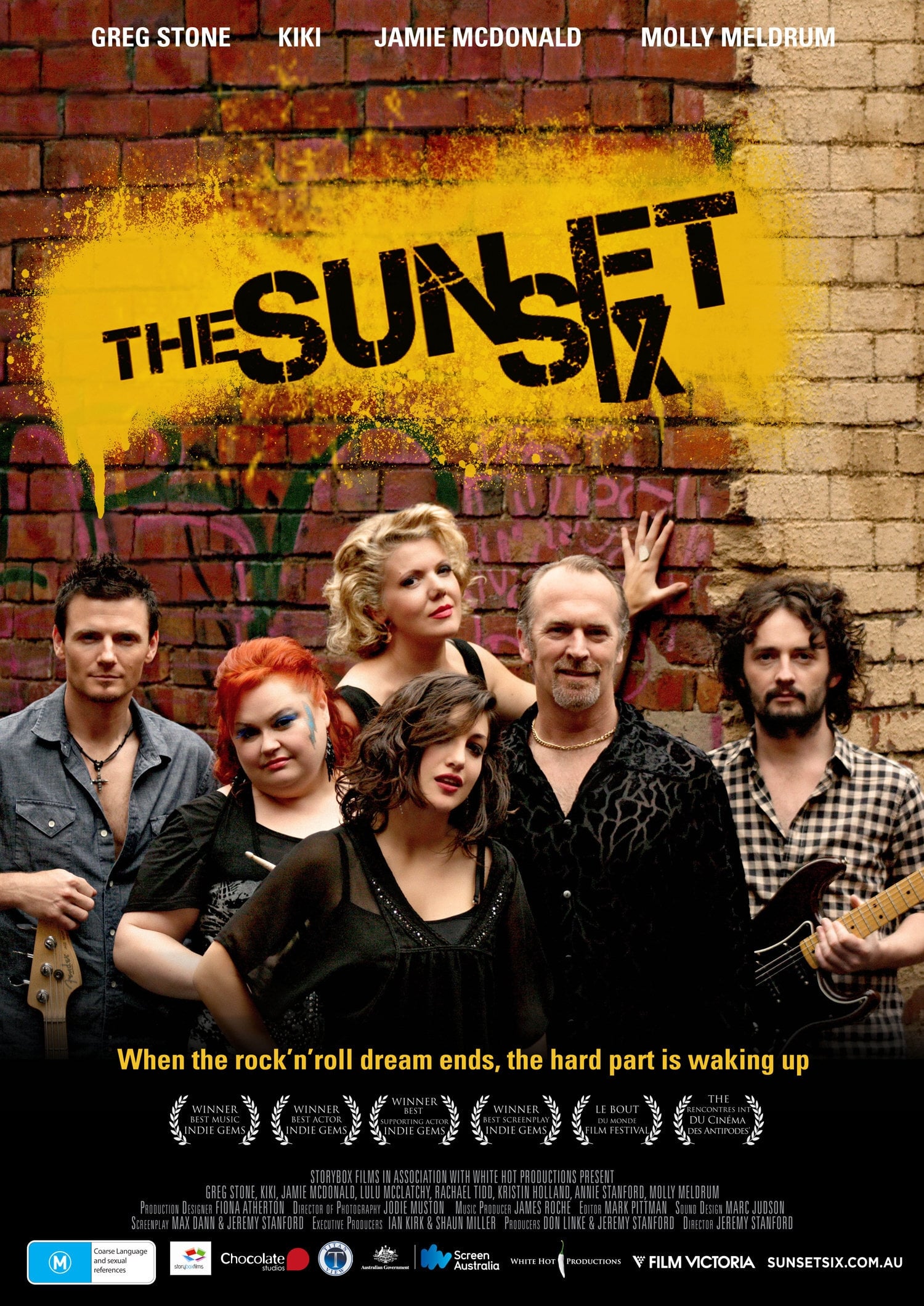 When the rock'n'roll dream ends, the hard part is waking up. Riff was the legendary guitarist in one of the biggest rock bands in Australian history. But the 80s are gone and without music, Riff's life has spiralled out of control. With his new band The Sunset Six, he's got one last chance at making it; one last chance of landing the record deal that will get him back in the game. One problem... the band is falling apart. And it's all his fault. As time ticks down to their imminent gig, can Riff get the band back on the rails in time? The Sunset Six is a feel-good comedy about a band's rocky road to musical heaven.