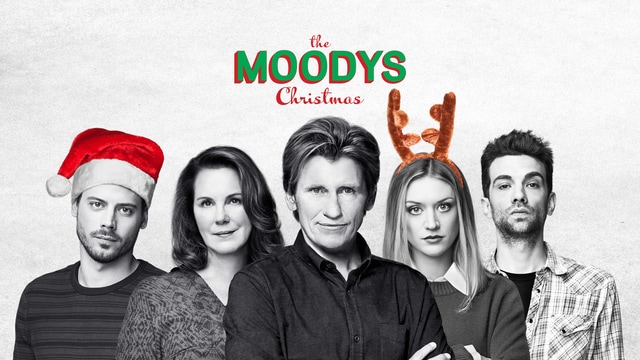 The Moodys is an American comedy television series based on the Australian show The Moodys. It stars Denis Leary and Elizabeth Perkins as a cantankerous married couple who reunite with their three adult children in Chicago for the Christmas season. It premiered December 4, 2019 on Fox, and aired two half-hour episodes back-to-back for three weeks, for a total of six episodes for its first season. In July 2020, Fox renewed the series for a second season.The series was originally to be called A Moody Christmas; the Australian series on which it is based was called A Moody Christmas in the first series. Leary has previously acted in The Ref, a film about an unhappy Christmas family reunion. (Wikipedia)