home Home
chevron_right
The Least of These 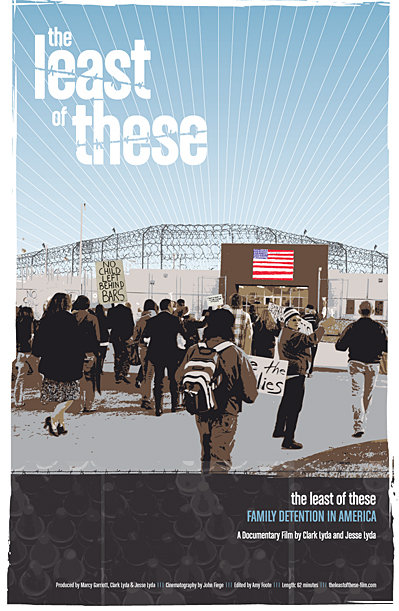 The Least of These

THE LEAST OF THESE explores one of the most controversial aspects of American immigration policy: family detention. As part of the Bush administration policy to end what they termed the "catch and release" of undocumented immigrants, the U.S. government opened the T. Don Hutto Residential Center in May 2006 as a prototype family detention facility. The facility is a former medium-security prison in central Texas operated by CCA, the largest private prison operator in the country. The facility houses immigrant children and their parents from all over the world who are awaiting asylum hearings or deportation proceedings. The facility was initially activated with little media attention or public knowledge. Soon, however, immigration attorney Barbara Hines was contacted by detainees seeking representation, and she became increasingly concerned about the troubling conditions there. She joined forces with Vanita Gupta of the ACLU and Michelle Brané of the Women's Refugee Commission to investigate conditions and seek changes. Their efforts were initially hampered by a lack of openness and oversight within the Immigration & Customs Enforcement (ICE) organization. Undeterred, the three attorneys attempted to bring about changes in both policy and conditions, by making their findings public, encouraging involvement by activists and the media, and ultimately by filing a historic lawsuit. As these events unfold, the film explores the government rationale for family detention, conditions at the facility, collateral damage, and the role (and limits) of community activism in bringing change. The film leads viewers to consider how core American rights and values - due process, presumption of innocence, upholding the family structure as the basic unit of civil society, and America as a refuge of last resort - should apply to immigrants, particularly children.

Watch The Least of These online free

The Least of These