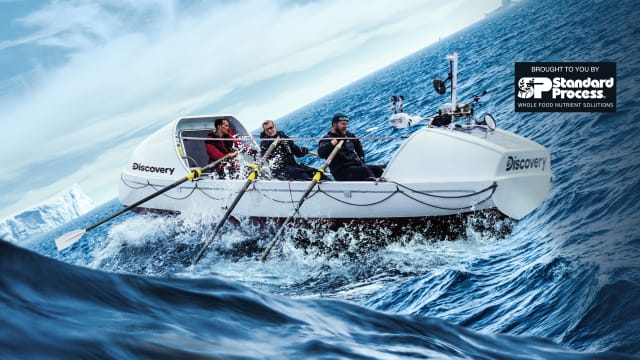 The Impossible Row is a documentary from the Discovery Channel. It follows explorers as they row across the Drake Passage and become the first in history to do so. The journey took twelve days and ended on December 25, 2019 with the six crew members reaching Antarctica. They were the first to accomplish three feats, including the first to row across the Drake Passage, the first to row to the Antarctic, and the first to row in the South Ocean.The six crew members were Colin O'Brady, Andrew Towne, John Petersen, Cameron Bellamy, Jamie Douglas-Hamilton and Fiann Paul. The documentary follows the crew members on their journey between South America and Antarctica. It was released in the Spring of 2020 on the Discovery Channel and also in a video series on DiscoveryGo. It was also nominated for a Critics' Choice Real TV Award in 2020. (Wikipedia)