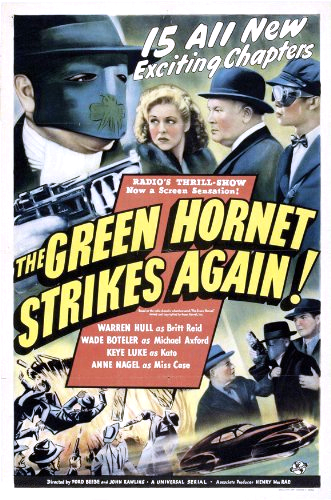 The Green Hornet Strikes Again! is a Universal movie serial based on The Green Hornet radio series by George W. Trendle and Fran Striker. It is a sequel to the 1940 serial The Green Hornet. This was Universal's 117th serial of the 137 the studio produced. The plot involves racketeering and is unusual for a film serial in having mostly stand alone episodes instead of a continuous story.

S1E2: The Plunge of Peril