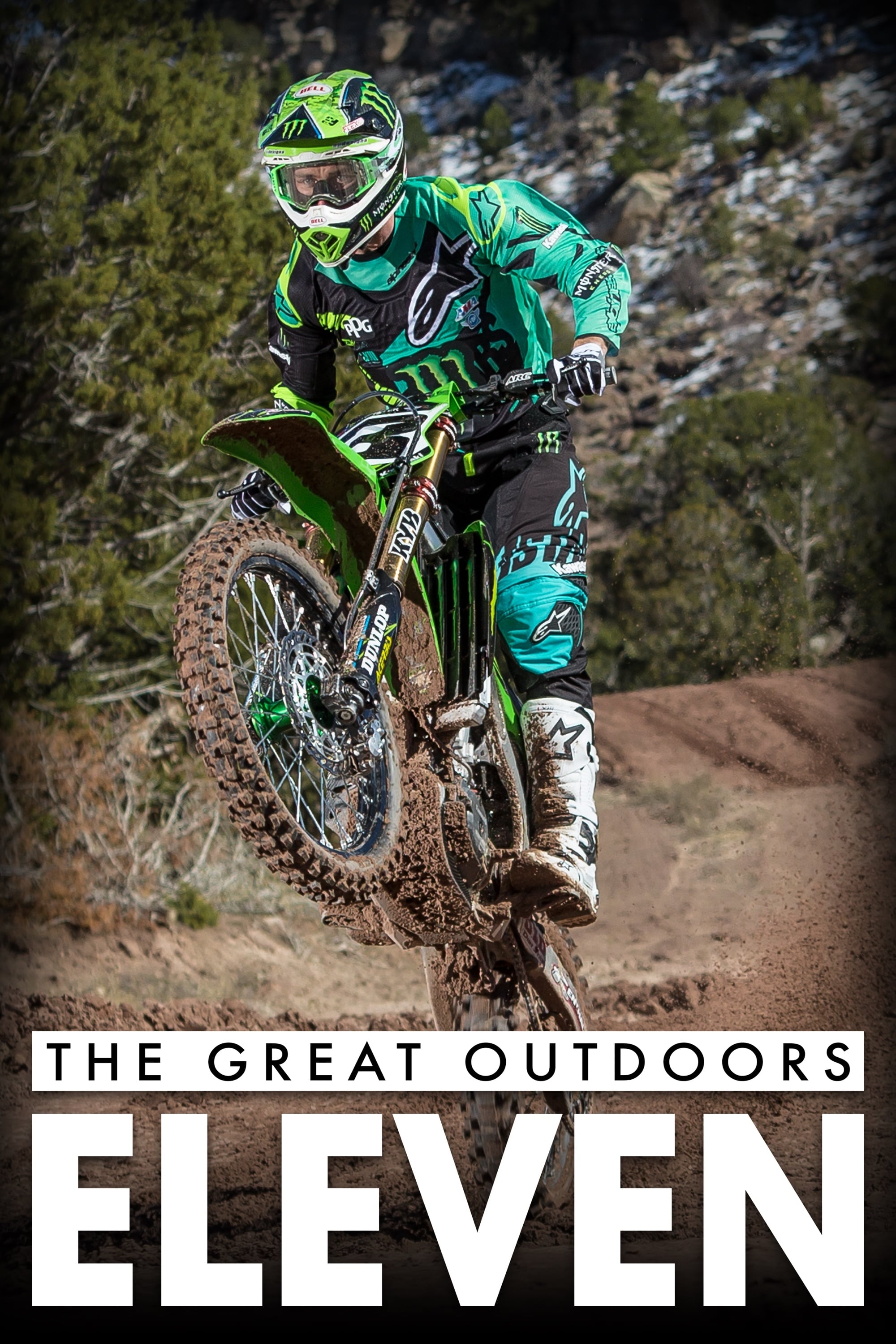 After a six year hiatus, The Great Outdoors motocross documentary series finally returns. TGO Eleven not only showcases American motocross as it has traditionally, but has expand globally, covering races in Canada and Europe making the new TGO revival a story that sprawls the planet. Since Ryan Dungey’s retirement, Marvin Musquin, Jason Anderson and their championship trainer, Aldon Baker, will attempt to dispatch Eli Tomac, the fastest rider in the 450 class as well as the threatening Blake Baggett. Supercross champion, Zach Osborne is the favorite for the 250 class. But, Alex Martin, Jeremy Martin, Aaron Plessinger, Colt Nichols, and European, Dylan Ferrandis are also involved in an “anyone can win” scenario. The infamous Alessi family returns to TGO. Mike, Danielle, and Tony Alessi are still on a mission and have moved north to compete in the Canadian Nationals. Finally, a trip to iconic Lommel, Belgium will introduce us to Antonio Cairoli and Jeffrey Herlings of the MXGP circuit.