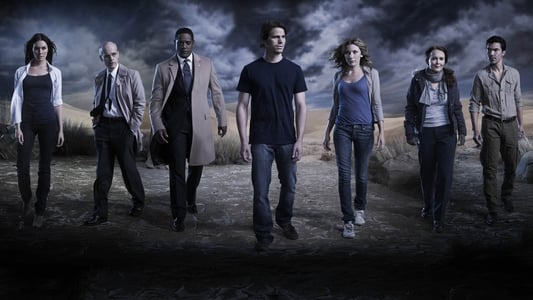 The Event (stylized as THE EVƎNT) is an American television series containing elements of science fiction, action/adventure and political allegory. It was created by Nick Wauters and aired on NBC from September 20, 2010 to May 23, 2011. The plot centers on a group of extraterrestrials, some of whom have been detained by the United States government for sixty-six years since their ship crashed in Alaska, while others have secretly assimilated among the general populace. The series was picked up for a full first season of 22 episodes on October 18, 2010. On May 13, 2011, NBC canceled the series after one season. (Wikipedia)

S1E21: The Beginning of the End