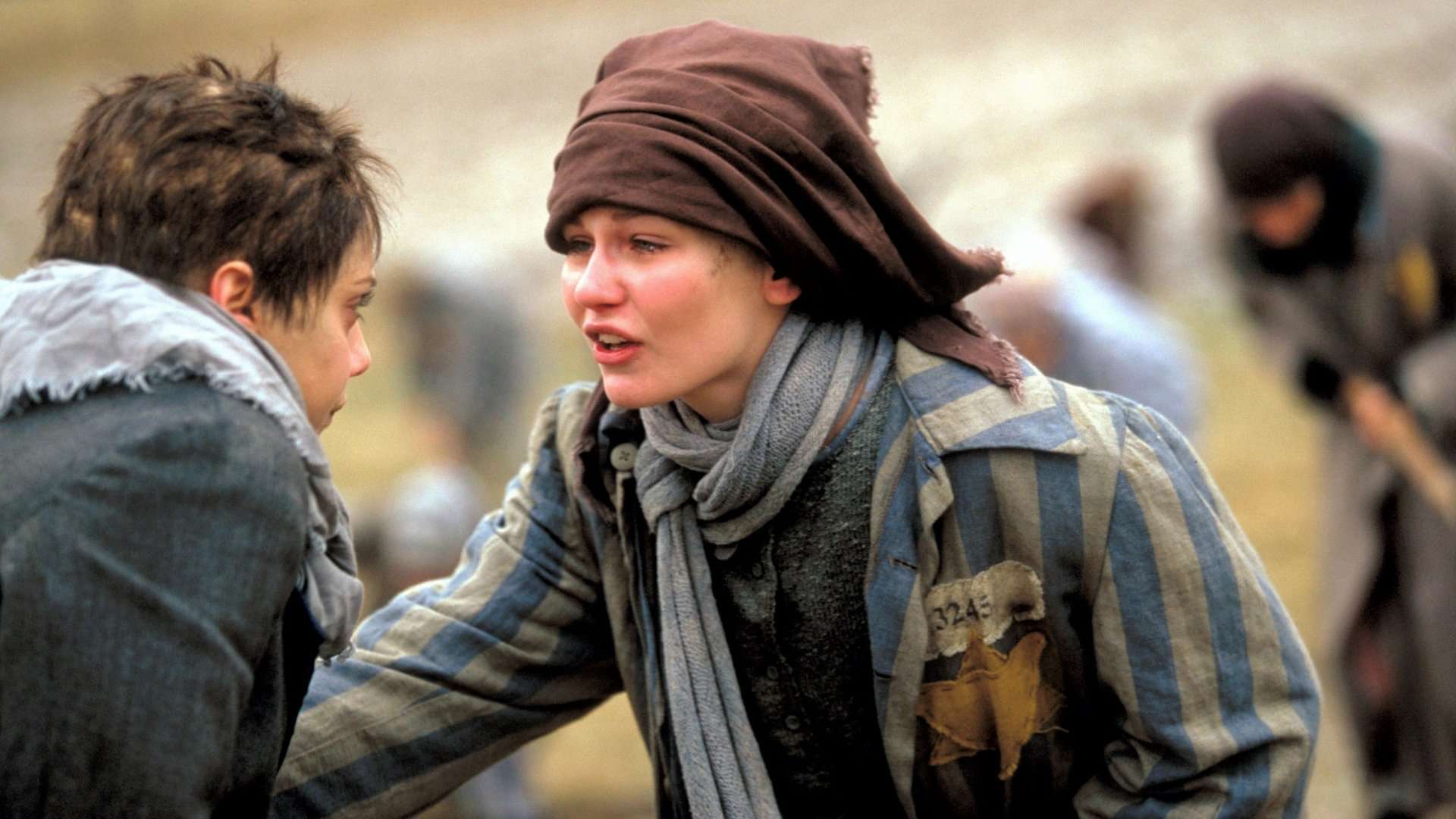 The Devil's Arithmetic is a 1999 TV movie based on the historical novel of the same name by Jane Yolen. It stars Kirsten Dunst as Hannah Stern and costars Brittany Murphy, Louise Fletcher, and Mimi Rogers. The film opens with Hannah, a teen girl, in a tattoo parlor with her friends, contemplating what tattoo she wants. Before she can decide, she notes the time and realizes she is late for a Passover dinner. Hannah hates going to her family seder as her family tells the same stories and Hannah is tired of hearing about the past. Her aunt tells her every year that Hannah looks like her namesake, Chana, but won't tell Hannah who Chana was or what she did. During the seder Hannah opens the front door to let in the prophet Elijah, but she sees a Polish village instead of the outside of the apartment. All of a sudden she is not only in a new place but also in the year 1941, which is when the Nazi began their genocidal propaganda. (Wikipedia)