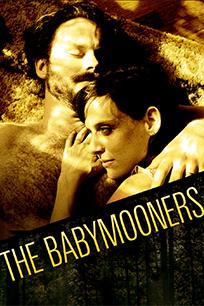 Two weeks before the birth of her first child, New Yorker Shaina Feinberg, recounts her reluctant journey to motherhood in a video letter to her son. Clearly influenced by old Woody Allen films, her letter becomes a series of vignettes that include her newly sober husband, her goofy Upper West Side parents, an adorable Shih Tzu, a neurotic shrink and her own views on daytime television.

The Anatomy of Love

In the Radiant City

The Gangster, the Cop, the Devil

The Names Of Love

Phantom of the Opera

Attack of the Killer Donuts

A Weekend with the Family

And Then I Go

Rider On The Rain

Life as We Know It

George Carlin: Life Is Worth Losing

Breakin' All the Rules

One In The Chamber

Not Waving But Drowning

I Melt With You

Got My Hustle Up

Poolboy: Drowning Out the Fury

Twice Upon a Yesterday

Diary of a Tired Black Man

The Bridges of Madison County

Deadlier Than the Male

After the Sun Fell

Close But No Cigar

A Stand Up Guy

Voyage Of The Unicorn, Ep. 2

JEZEBETH 2 HOUR OF THE GUN