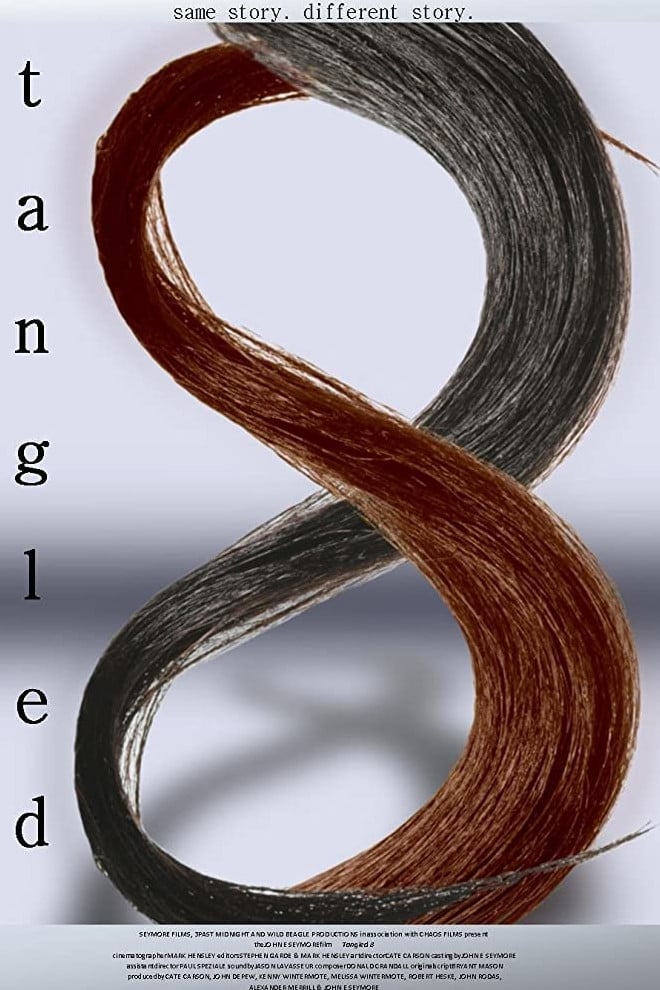 Tangled 8 is eight adaptations of the same script. The film explores the ways in which people of diverse social backgrounds, races and age manage grief through its different phases. Originally conceived as a single short film, director John E. Seymore re-imagined the piece as an anthology feature, based partly on the musical concept of variations on a theme. The script remains largely the same, but the action, visualization, situation and sound vary greatly with each new vignette. Finally, Tangled 8 is a film about film. It pays homage to John Ford, Woody Allen, Peter Greenaway and other filmmakers who have created the visual and thematic language of modern cinema.