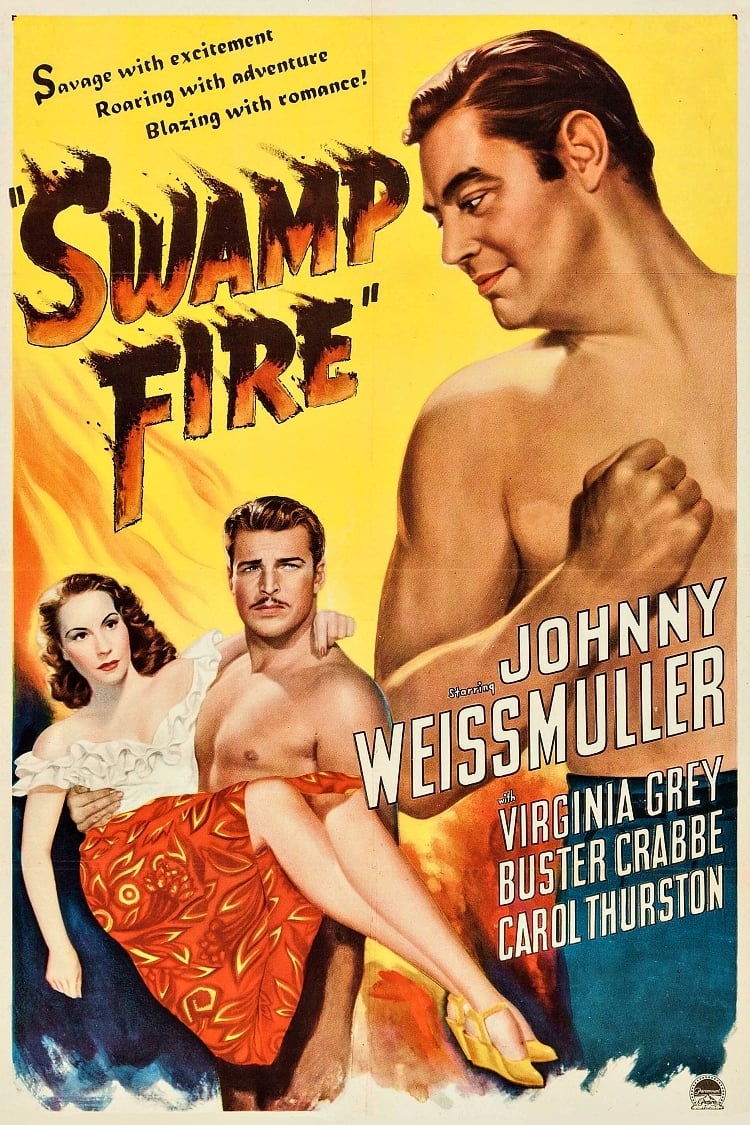 Highlights in this one include a fist-fight between Johnny Weissmuller and Buster Crabbe (I won't give away the winner, but check the cast order); a cat-fight between Virginia Grey and Carol Thurston that the male cast of Sienfeld would pay to see and, just to keep things moving, Weissmuller wrestles an alligator, and there are two mid-water collisions between small-craft boats, a big ship wreck and a blazing swamp fire finale. Toss in a plot that has Weissmuller as a psycho-neurotic war veteran who, because he piled up his Navy destroyer on the rocks, now dreads returning to his pre-war occupation of a pilot guiding ships through the channels at the mouth of the Mississippi. Throw in icy Virginia Grey as a spoiled heiress out to take Johnny away from his job, his friends and the girl he loves (who knows why), and you have enough plot and action for two Pine-Thomas jewels.