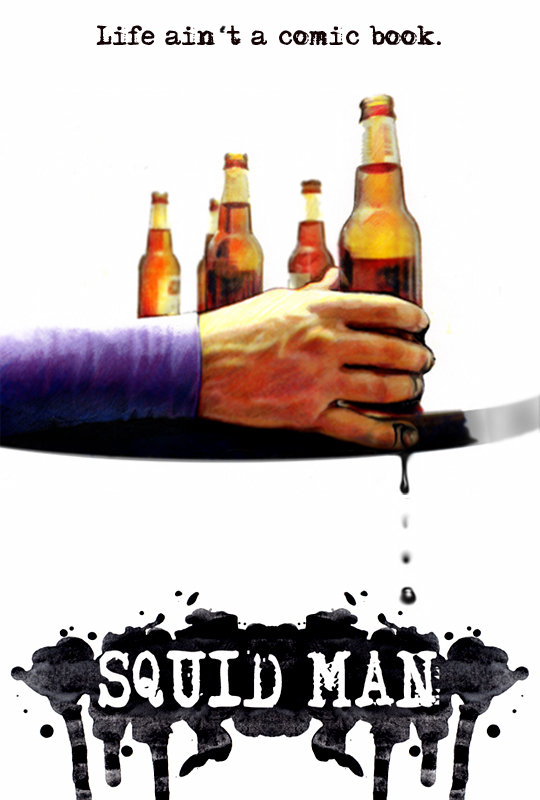 'I can shoot ink out of my fingers. That's about it really. Sometimes, in pressure situations, I can shoot it out of my toes.' When Squid Man gets downsized out of the Superhero Society, he's forced to crash on the couch of his former sidekick (and only friend) Warren. Now he spends his time boozing in a dead end bar, reminiscing about the days when the hero groupies were plentiful and even a second-rater like him could sometimes save the universe. But when a reporter wants to include him in an upcoming book about superheroes, Squid Man is forced to face the dark mysteries of his past... and the even more unsettling idea that he might actually have a future.