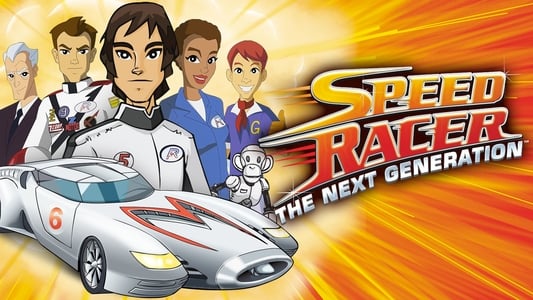 Speed Racer: The Next Generation

Speed Racer: The Next Generation is an American animated television series based on the classic Japanese Speed Racer franchise, in which the internal events take place decades after those in the 1967 Japanese series. It is the fourth television adaptation of the franchise, and is executive produced by Lions Gate Entertainment, Larry Schwarz, and Ken Katsumoto. It is the first Nicktoon not to be based on an original property. Animation Collective produced the series, while the Flash character animation was handled by the now-defunct Collideascope Studios as their very last project. The last episode of Season 1 features the voice of NASCAR racer Jeff Gordon, who plays Turbo McCalister.

This series was partly made to promote the live-action film, and the pilot movie premiered on Nicktoons Network on May 2, 2008, a week before the feature film adaptation was released in theatres. However, both projects were produced independently from one another and featured different generations of "Speed Racers", though both featured a Mach 6. Five three-part specials aired on Nickelodeon from March 14, 2009 to April 11, 2009.

A second season began airing on March 24, 2011. The animation, layout, and 3D effects were outsourced to Toonz Entertainment in India for this season. After his death, Peter Fernandez's roles were replaced by Greg Abbey.