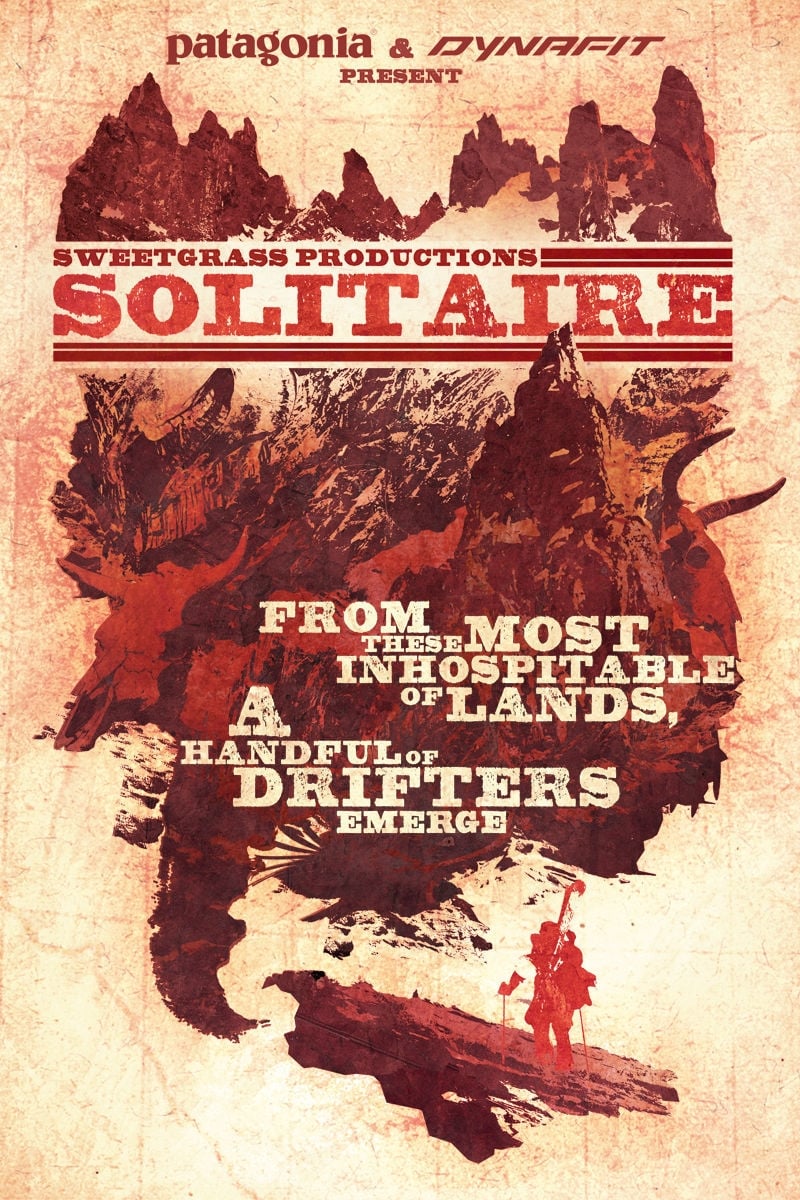 Into these most inhospitable of lands, a handful of drifters emerge from the whiteout, ready to cast their lot on forsaken peaks both merciless and magnificent. Venturing beyond the frontiers of most mountain films, Solitaire is backcountry skiing forged in the tradition of Western cinema. Born in the spires of Argentina’s legendary Las Lenas, a lonely two-year journey begins through an abandoned world, wandering the length of a continent from Peru’s Cordillera Blanca to Chilean Patagonia. Lost in the winds of snowbound badlands and the blizzards of primordial forests; seen from a horse’s saddle and a paraglider’s wings; ridden on ski and board and telemark...Solitaire fuses western-inspired tales of backcountry gambles into landscapes never before visited on film.