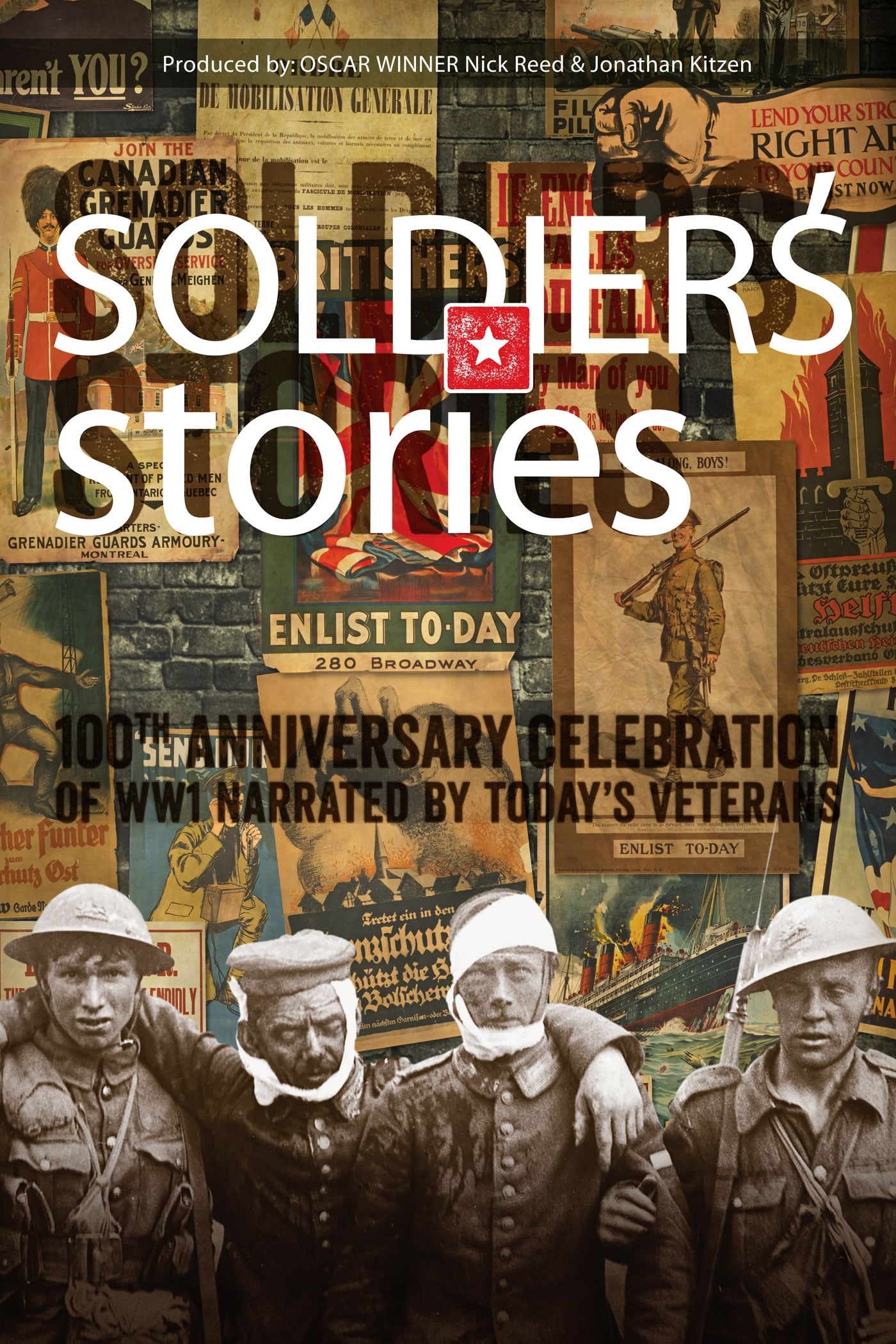 100 years ago the greatest battle the earth has ever seen began in the Somme region of France. More British and Canadian soldiers would die in this one single battle than in all of World War II, yet it is a relatively unknown event today. Soldiers' Stories brings a 'grunt eye view' of battle to life using original, never before seen 3D stereoscopic images from the time. Painstakingly remastered for 15/70 mm film format these powerful and haunting images are brought to the screen for the first time ever. The Soldiers' Story is a universal and timeless story. In the film the realities of war are retold by modern combat veterans who relay their own stories of today in order to speak for the veterans of the past.