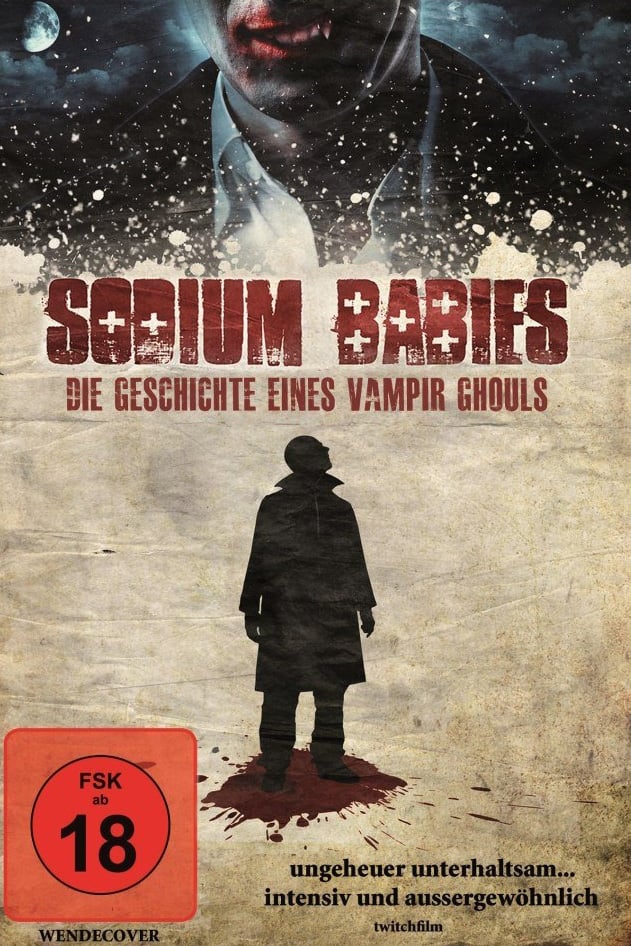 The Award Winning, internationally acclaimed film Sodium Babies is a gripping ride in the world of feuding Vampires as seen through the eyes of Dead Dog, a Ghoul eternally trapped into slavery by the Prince of all Vampires. Dead Dog (Benoit Decaillon) is shackled by the insanely domineering Vampire Max (Edouard Audouin). Dead Dog gets caught up in a brutal war of Vampires as he is trained to slaughter innocent humans to satisfy the blood thirsty Prince of Vampires. After 30 years of grueling service, Dead Dog longs to free himself from this brutal madness of his unending life where he never ages. When he meets the beautiful Pussy Cat, a mysterious girl - Dead Dog at last finds meaning to his existence and struggles to set himself free. Sodium Babies is a stunning visual smorgasbord of imagery - a cross between the graphic novel style of Sin City and True Blood spiced with the pathology of Fight Club. The film's immense style will surprise even the most insatiable viewers. Called an "Avant Garde Masterpiece of Cinema" by numerous reviewers - The Film's Directors and Visual Effects Supervisors (The Deka Bros.) won the MTV Award for Best Visual Effects in 2012 for their work on Skrillex.