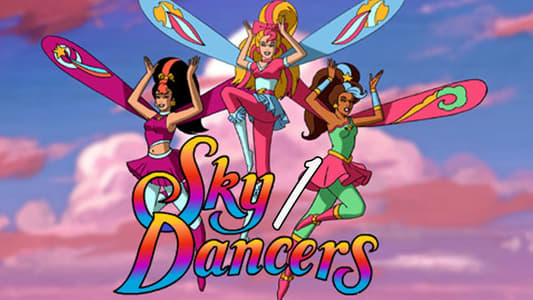 The toy series spawned an animated television spinoff produced by Abrams Gentile Entertainment.inc in association with Xilam and Gaumont Multimedia, who created Dragon Flyz. The premiere took place on the channel France 2 on April 12, 1997. The five characters were said to be students at the High Hope Dance Academy under the widowed Queen Skyla. Queen Skyla and her students defended her kingdom from Skyla's jealous brother-in-law Sky Clone, who sought revenge for his brother Skyler (Skyla's husband) being selected as king over him. Sky Clone had successfully killed Skyler but was unable to gain control of the Sky Swirl Stone that gave the Sky Dancers their powers.