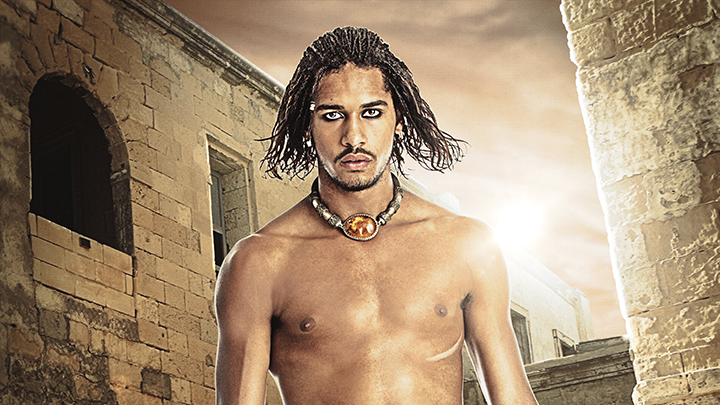 Sinbad accidentally kills the son of the powerful Lord Akbari in a fist fight. As recompense for the blood debt, Sinbad's brother is killed in front of his eyes. Sinbad escapes, but his grandmother uses a magic talisman to curse him for the death of his brother. The curse prevents Sinbad from staying on land for more than one day; if he tarries the talisman will choke him to death. This prohibition against remaining on land leads to a life of adventure at sea that holds many wonders. Sinbad is unaware that he is still being hunted by Lord Akbari, who does not consider Sinbad's brother's death as sufficient payment of the blood debt.

S1: E2 Queen of the Water-Thieves