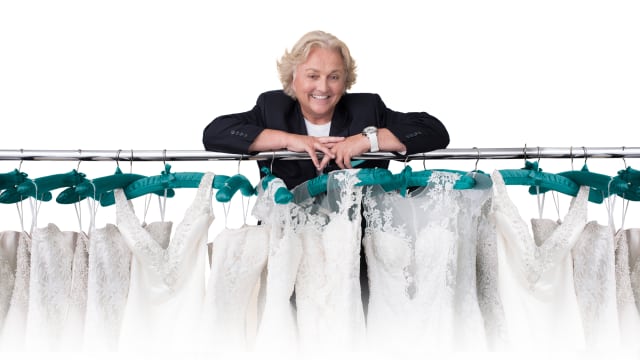 Say Yes to the Dress is a television programme with an American version and an Australian one. The UK version started on the TLC channel in 2016. In 2017, it featured the reality TV personality, Olivia Buckland. The first series was in 2016, the second series was in 2017.It is presented by Welsh fashion designer David Emanuel, who designed Princess Diana's wedding dress. (Wikipedia)

S1E36: Outside The Box Frocks