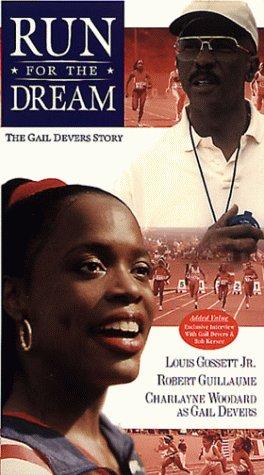 Run for the Dream: The Gail Devers Story

Truth is stranger than fiction. Olympic gold medal hurdler Gail Devers almost lost her feet to a mysterious disease after being picked for the 1988 Seoul Olympics. She failed to qualify for the finals as the disease (Graves Disease) left her feet swollen, cracked, and oozing blood. After two years, doctors were on the verge of amputating when it was discovered that radiation treatment was making it worse. Gail Devers eventually recovered and went on to win the one hundred meter in Barcelona. She might have won the one hundred meter hurdles if she hadn't tripped on the final hurdle. She also competed in and won the sprint at Atlanta.

Run for the Dream: The Gail Devers Story