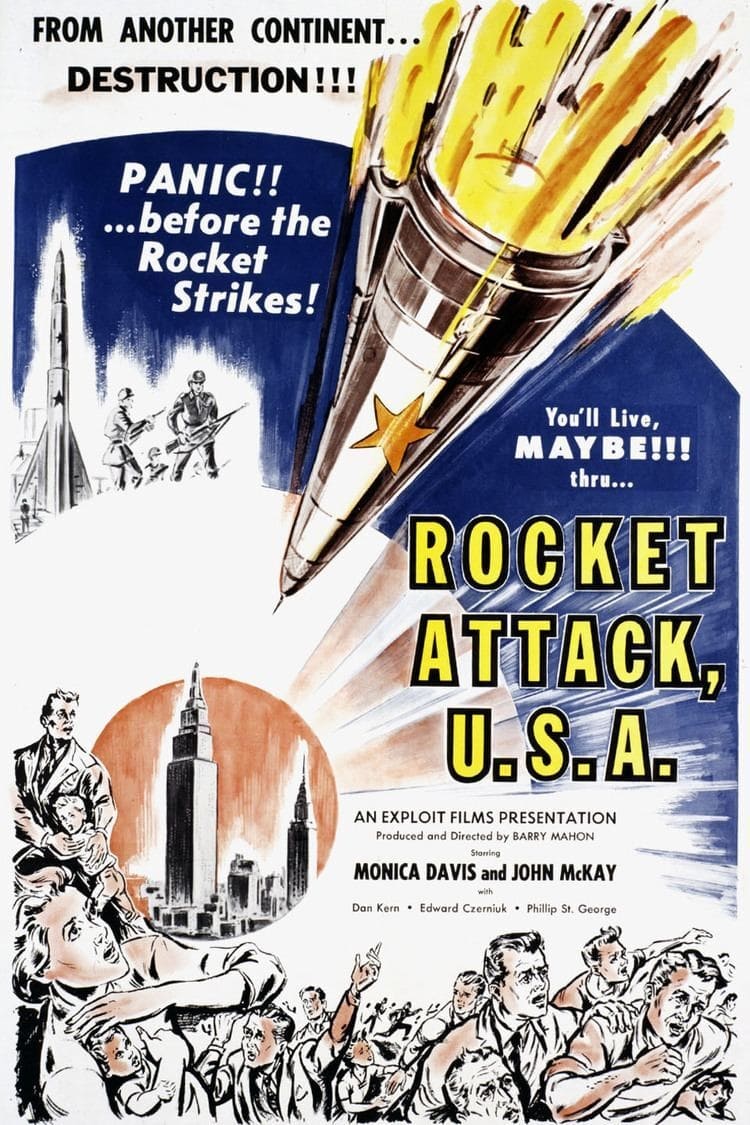 Based on the assumption that Sputnik is gathering intelligence for the Soviets, a spy is sent to Moscow to determine just how far along their missile program is. Surprise, surprise: Sputnik gave them all the data they need to build one nuclear missile, which is ready to launch against the U.S. This Cold-War propaganda film, released soon after the launch of Sputnik, intended to rally public support for an anti-ballistic missile program.