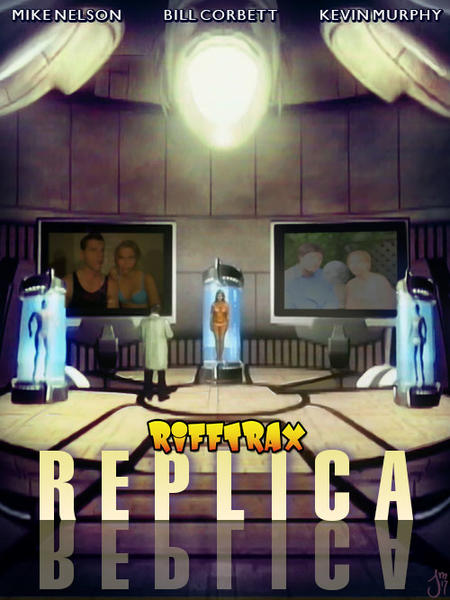 First we riffed Birdemic, directed by James Nguyen. That wasn't enough, so we went on to riff Julie and Jack, also directed by James Nguyen. Somehow, inexplicably, we still wanted more, but thought there was no more to want. Thankfully, in the name of all that is good and slrpnl-y, we were wrong. There WAS more, and we got it, and released it for the first time anywhere: the missing piece in the Nguyen film-verse, REPLICA. We brought it to the world, raw and pure, and now we've riffed it, because that's what we do.