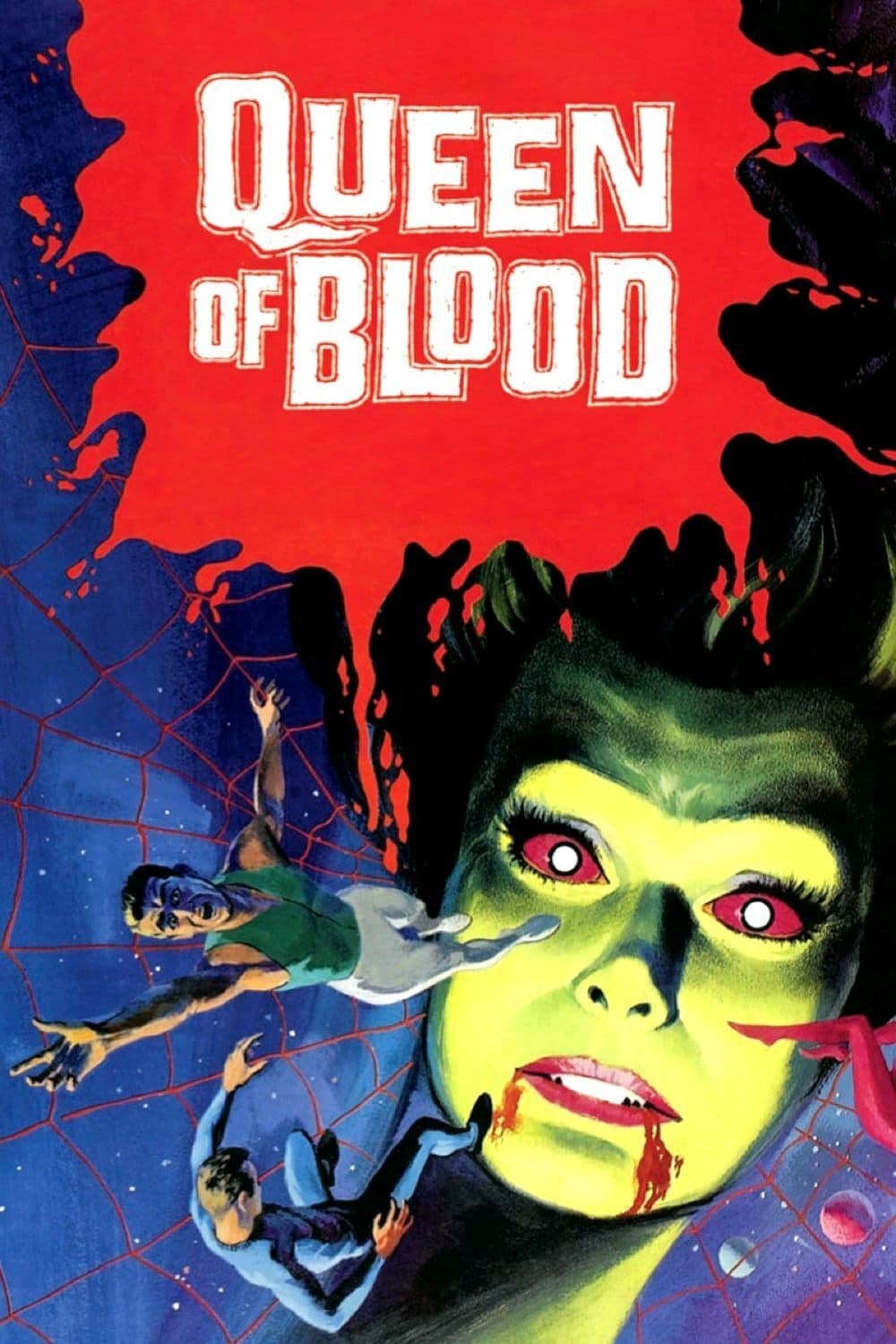 The year is 1990. An alien species makes contact with Earth through radio transmission, notifying of an imminent visit. An alien ship crash lands on Mars, and a rescue team is sent from Earth. Eventually a surviving female is located and brought on-board the Earth ship. The alien's skin is light green with an amazing hair-do. After some unsuccessful attempts by the human crew to feed her, she is more-or-less left to herself. While most of the crew sleeps, the alien hypnotizes the astronaut on guard. When the crew awakens, she's sleeping, and the guard is DEAD! Brief examination shows the Alien drank his blood. THE QUEEN OF BLOOD! Naturally, there is a lot of blood plasma on the ship, which they feed the alien. When they're almost home, another crew member is eaten, a fight breaks out, and the alien is accidentally killed before she can finish the third guy. Phew! The ship lands on Earth, finally! But there is trouble... The two remaining astronauts find a lot of eggs when they are about to leave the ship. Obviously the alien was a kind of bee-queen whose sole purpose was to spread their species to Earth, where there is a lot of yummy food... One of the astronauts tries to warn the arriving scientists of this danger, but they could not care less. Being scientists, they know what they are doing, so they collect the eggs and run happily along. The astronaut sums it up: "Well, at least I TRIED..."