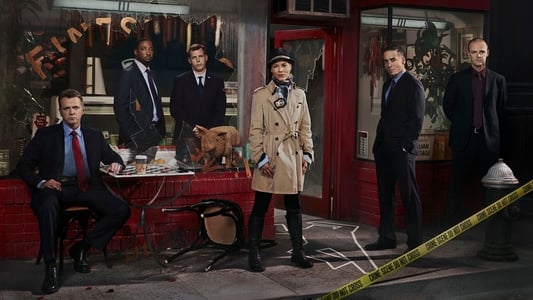 Prime Suspect is an American police procedural drama television series that aired on NBC from September 22, 2011, to January 22, 2012. It stars Maria Bello as Detective Jane Timoney. The series was a "re-imagining" of the original British series Prime Suspect. The series was created by Lynda La Plante, and was redeveloped by Alexandra Cunningham who also serves as executive producer and writer. Peter Berg serves as executive producer and director. Sarah Aubrey, Julie Meldal-Johnson, Paul Buccieri, Lynda La Plante, and John McNamara all serve as executive producers. The series is produced by Universal Television, ITV Studios America, and Film 44.On November 14, 2011, NBC announced it would replace Prime Suspect in the Thursday night line-up with The Firm, beginning January 12, 2012. The final two produced episodes were broadcast by NBC on Sunday, January 22, 2012. The Firm also struggled in the time slot, and was moved within four weeks to a different time slot and replaced by another new series, Awake; Awake was another ratings failure, and all three series were cancelled that season. (Wikipedia)

S1E13: Stuck in the Middle with You

S1E11: The Great Wall of Silence