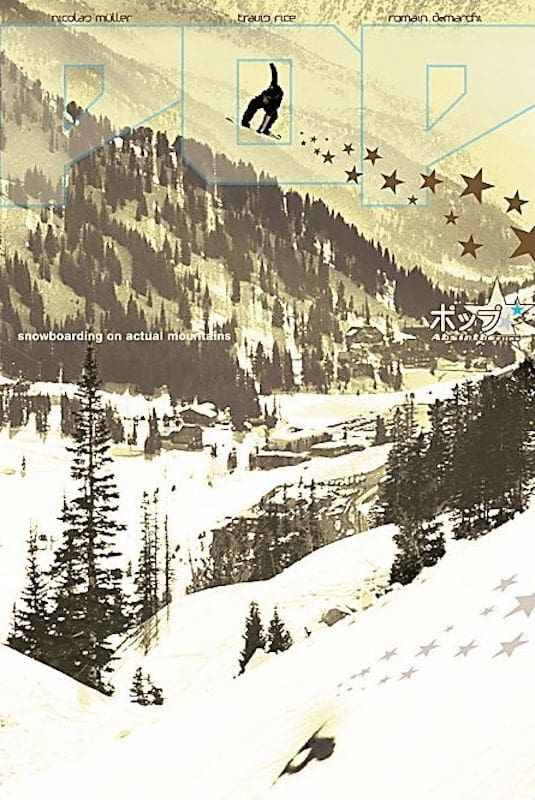 Pop is the fifth Absinthe Films release since Justin Hostynek and Patrick Armbruster joined forces. This film has exclusive coverage of the first ever Chad's gap snowboarding session. In this session, Travis Rice and Romain de Marchi throw down the heaviest snowboarding in any film this year, raising the bar considerably with +150 foot tricks and we don't mean cab fives. A thrilling blend of all aspects of snowboarding set to a soundtrack that will have you out adding to your cd collection plus all of the extras that you have come to expect from Absinthe Films.