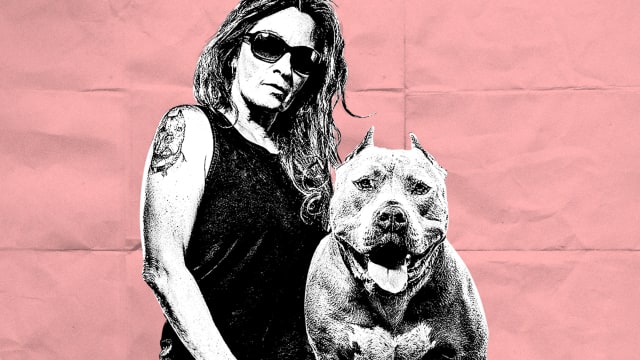 Pit Bulls & Parolees is an American reality television series on Animal Planet. The series, which began in 2009, focuses on the Villalobos Rescue Center, a rescue for dogs, specifically pit bull dogs.

The show's mission, stated in voiceover during the show's opening credits by founder Tia Maria Torres, is twofold: to combat misconceptions about pit bulls and other similar dogs (often referred to as "bully breeds"), and to provide employment and a stable transition for recent parolees who are trying to return to society. (Wikipedia)