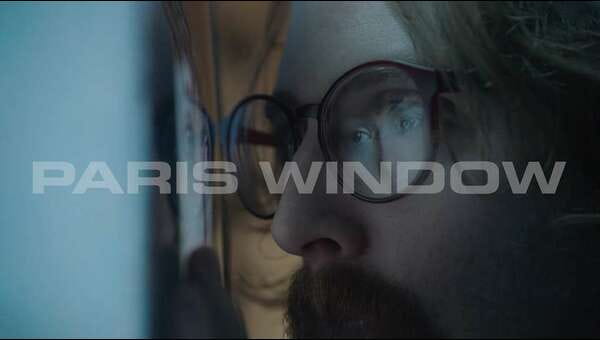 PARIS WINDOW is the tense, funny, surreal second film from acclaimed filmmaker Amanda Kramer (LADYWORLD). Siblings Sunny and Julian live a hermetically sealed existence, one defined by codes and games that only they understand. This strange bliss is upturned by the arrival of David, Sunny's new boyfriend who bares an uncanny resemblance to Julian. A threatening connection between David and a television self-help hypnotist summons suspicion in Julian, and fears of conspiracy. Paris Window is a narrative experiment, a film that generates its own logic and cinematic grammar. An upside down Buñuel universe with touch of noir, and a pinch of Chaplin. Featuring a sizzling atmospheric score from composer Ben Babbitt. Starring Noel David Taylor (vimeo.com/noeldavidtaylor), Sophie Kargman and Gina Piersanti