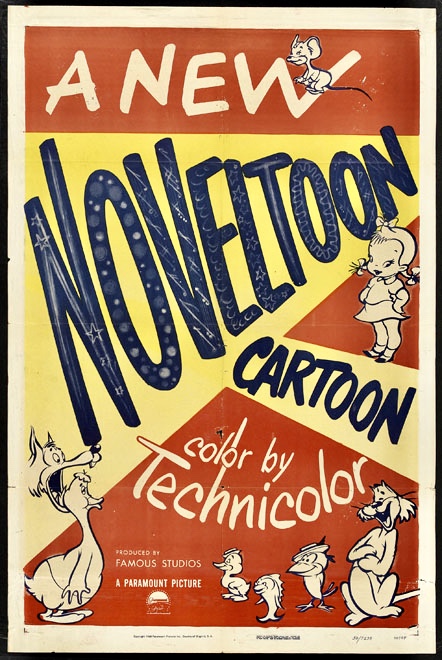 "Noveltoons" was a classic U.S. animated cartoon series produced by Famous Studios for Paramount Pictures from 1943 to 1967. The series was considered to be the successor to the "Color Classics" series produced by Fleischer Studios. Many popular animated characters were first introduced through "Noveltoons," including Casper the Friendly Ghost, Herman and Katnip, Little Audrey and Baby Huey.