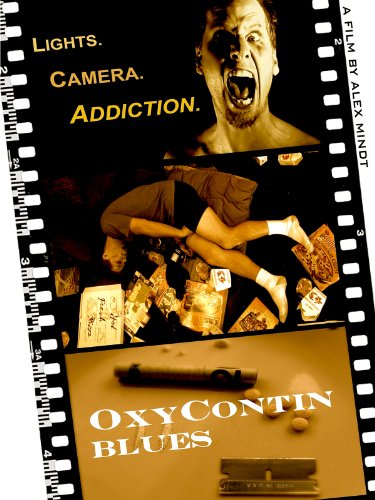 Inspired by the death of Heath Ledger, OxyContin Blues is a raw, unflinching look inside an actor's struggle with prescription pill addiction. Movie star Wyatt Fallon has a secret: he's an addict. After walking off the set of his latest movie, Wyatt catches a ride from Vancouver to Seattle where he holes himself up inside a ratty apartment. When movie producer Brandon Varitek finds out where Wyatt is located, he leaves his office in LA and flies up to Seattle, where he kidnaps Wyatt, and drives through the night to a remote seaside cabin. There, he ties Wyatt down and forces him through a long and brutal detox. Through their dramatic, sometimes harrowing struggles, Brandon and Wyatt confront their demons, rededicate themselves to their families and their work, and rediscover an old, deep, and enduring bond. OxyContin is the fastest growing addiction in America, and as Michael Jackson's personal doctor Arnie Klein said recently, "Hollywood is drowning in the stuff."