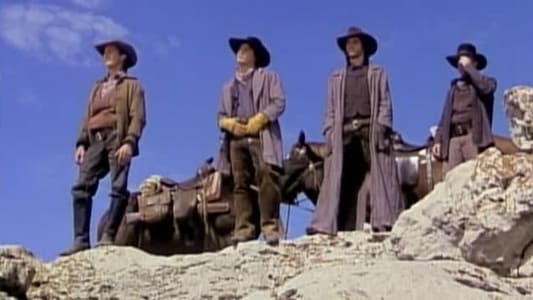 Captain Hayes of the mighty law enforcement squad named the Texas Rangers reached the pinnacle of his career when he captured the notorious John Henry, an outlaw cowboy, and put him behind bars. Twenty years later, upon his release, Henry is older but unrepentant. Within six hours after leaving his jail cell, he evens the score with Hayes by holding up the Bank of Texas for $20,000 in gold. Hayes, in his fury, gets himself out of retirement to take up the chase once more.

Watch Once Upon a Texas Train Online

Once Upon a Texas Train Casts

Once Upon a Texas Train Related

Gone Are the Days

Day of the Assassin

Hoodwinked Too! Hood vs. Evil

You Drive Me Crazy

I Love You To Death

We Take The Low Road

Pets to the Rescue

Beyond Christmas (in Color)

The Thief of Baghdad

Chris Porter: Screaming from the Cosmos

Boonie Bears: Blast Into the Past

From Hollywood to Rose

The Dog Who Saved Halloween

Last Summer in the Hamptons

Janeane Garofalo: If I May

The Satanic Rites of Dracula

When Do We Eat?

A Baby for Christmas

Winning of the West

You Did This to Me

THE DAY OF THE DEAD

Kickboxer 2: The Road Back

Happiness Is A Four Letter Word

The U.S. vs. John Lennon

Crack in the Floor

A Song Still Inside

Arthur and the Invisibles