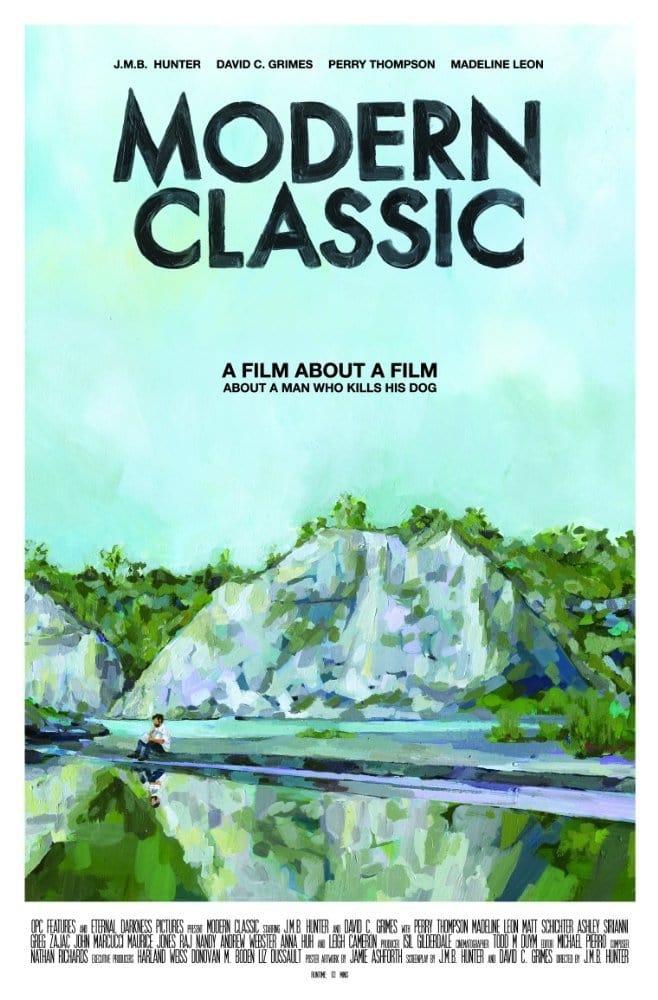 No one wants to see a black and white film about a drunk who kills his dog. Jono and Dave learned that the hard way. After a series of fruitless pitches, they decide to go it alone. During pre-production, Jono struggles with his identity as a director while Dave succumbs to the dark side of the film's lead role. Modern Classic is a satirical tale of a strange and disastrous foray into the film industry.