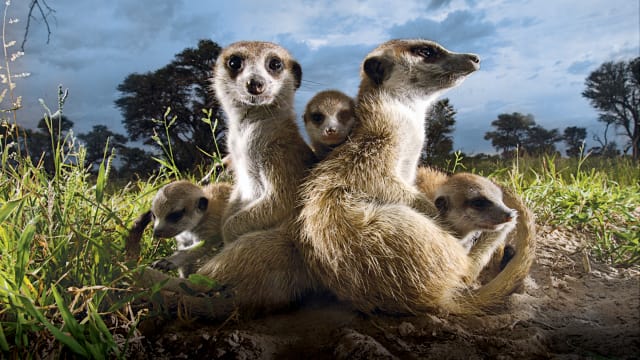 Using traditional animal documentary style footage along with narration, Meerkat Manor told the story of the Whiskers, one of more than a dozen families of meerkats in the Kalahari Desert being studied as part of the Kalahari Meerkat Project, a long-term field study into the ecological causes and evolutionary consequences of the cooperative nature of meerkats. The show's experimental format broke new ground in animal documentary filming techniques and allowed viewers a long term, intimate look into the lives of its meerkat stars, breaking the traditional wall between viewer and subject found with most documentaries. (Wikipedia)