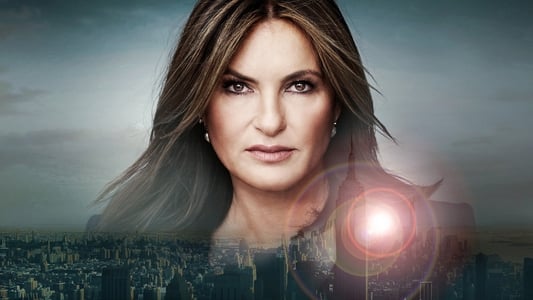 Law & Order: Special Victims Unit (often abbreviated to Law & Order: SVU or just SVU) is an American crime drama television series created by Dick Wolf for NBC. It stars Mariska Hargitay as onetime lead detective and later Captain Olivia Benson, the commanding officer of the Special Victims Unit in a fictionalized version of the New York City Police Department. Christopher Meloni played the other SVU lead detective, Elliot Stabler, until departing from the series after 12 seasons. Law & Order: Special Victims Unit follows the style of the original Law & Order in that some episodes are loosely based on real crimes that have received media attention; these episodes are referred to as having been "ripped from the headlines". The show premiered on September 20, 1999 as the second series in Wolf's successful Law & Order franchise. After the premiere of its 21st season in September 2019, the series became the longest-running primetime U.S. live-action series in the history of television. As of November 12, 2020, Law & Order: Special Victims Unit has aired 479 original episodes, surpassing the episode count of the original Law & Order series. In terms of all-time episode count for a primetime scripted series, SVU now ranks fourth behind The Simpsons (with 684 episodes), Gunsmoke (with 635 episodes), and Lassie (with 591 episodes). In February 2020, the series was renewed for its 22nd, 23rd, and 24th seasons. The 22nd season premiered on November 12, 2020.The series has received 91 award nominations, winning 33 awards. Mariska Hargitay was the first regular cast member on any Law & Order series to win an Emmy Award when she won the Primetime Emmy Award for Outstanding Lead Actress in a Drama Series in 2006. (Wikipedia)

S22E9: Return of the Prodigal Son

S22E8: The Only Way Out Is Through

Bring Me a Dream

Point of No Return, The

Chronicle of a Serial Killer