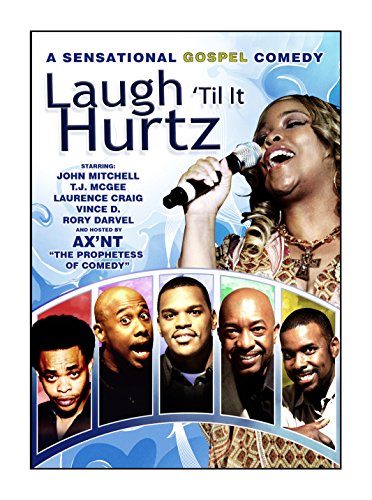 Live In Los Angeles... It's "Laugh 'Til It Hurtz," A Sensational Gospel Comedy featuring five of the hottest African-American male clean gospel comedians in the USA. Spearheaded by the Prophetess of Comedy, herself AXNT, and Rory Darvel, Laurence Craig, TJ McGee, Vince D and John Mitchell. These comedians have graced the stage with some of the most notable entertainers of our time, such as George Wallace, Cedric the Entertainer, and Sinbad.