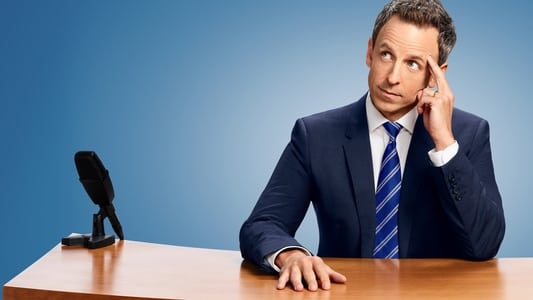 Late Night with Seth Meyers is an American late-night and news satire talk show hosted by Seth Meyers on NBC. The show premiered on February 24, 2014, and is produced by Broadway Video and Universal Television. It is the fourth iteration of NBC's Late Night franchise. The show also stars bandleader Fred Armisen and the 8G Band, the show's house band. Late Night is produced by former Saturday Night Live producer Mike Shoemaker and executive-produced by Lorne Michaels. The show records from Studio 8G at 30 Rockefeller Plaza in New York City. On January 13, 2016, NBC renewed Meyers' contract to remain as host through 2021.On March 13, the show suspended production due to the COVID-19 pandemic in the United States. As of March 30, 2020, the show has been produced from Meyers' residence. Meyers returned to a reworked studio without live audience on September 8, 2020. (Wikipedia)