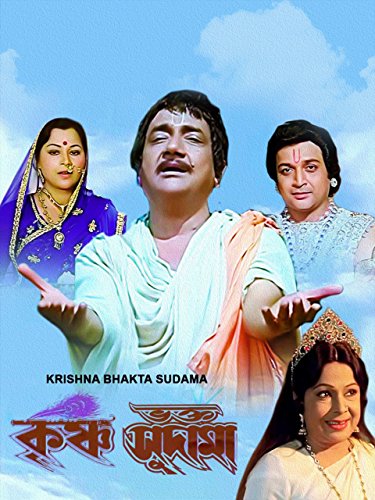 After Bhagwan Shri Kishan kills his oppressive maternal uncle, Kans, the latter's wife, Ashti, unleashes a reign of terror and has her soldiers kill anyone who even dares to utter Kishanji's name. Amidst this fear and tyranny, young Sudaama travels to Gokul to study along with young Kishanji, both become close friends, and travel together to Brindavan where they are warmly received by Kishanji's mother, Devi Maa Yashodha. After many frolics and adventures, the duo return back to Gokul where they end up arguing so much so that Kishanji informs him that he will never give him anything. Years later, Sudaama is married to Sharda, lives an impoverished lifestyle in a region that is still governed by Rani Ashti, while Kishanji is the Raja of Dwarka, has 8 wives (Rukmini, Satyabama, Badhra, Lakshmana, Kalindhi, Mitravenda, Satya, Jambvati) in addition to 16100 Patranis. Sudaama is unable to secure any gainful employment, is repeatedly beaten by Ashti's soldiers while his wife and children starve. With their childhood argument still fresh in their respective minds, neither of the two are even willing to consider meeting with each other. Things get worse for Sudaama when his eldest son becomes ill and the only way he can get money is by selling Kishanji's mud-made statue that he has always treasured. Watch what impact this has on his family as well as the all-knowing Kishanji.