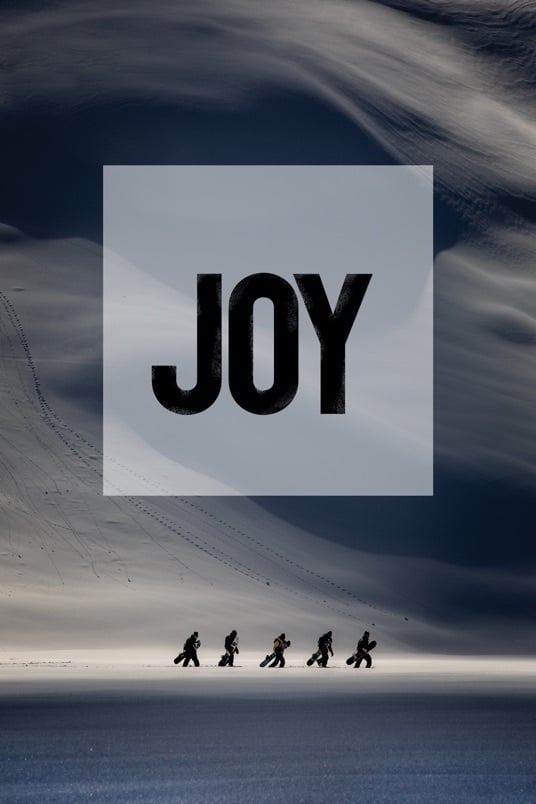 A journey following the path of snowboarders Red Gerard, Sage Kotsenburg, and Ben Ferguson as they travel the globe in search of the best mountain scapes and snow conditions to ride. It was the path of Olympic Gold medals and contest venues that banded together the cast of Joy, and the chase of bigger mountains and deeper snow that propelled them into this film project. From airs, to slashes, and riding lines, the crew’s prowess and board control in the back country is in harmony to their superlative riding in the contest arena. From the North Island of Japan, to the Heart of British Columbia the crew finds the true joy in snowboarding. Appearances from Danny Davis, Brock Crouch, Hailey Langland, Gabe Ferguson, & Nik Baden.