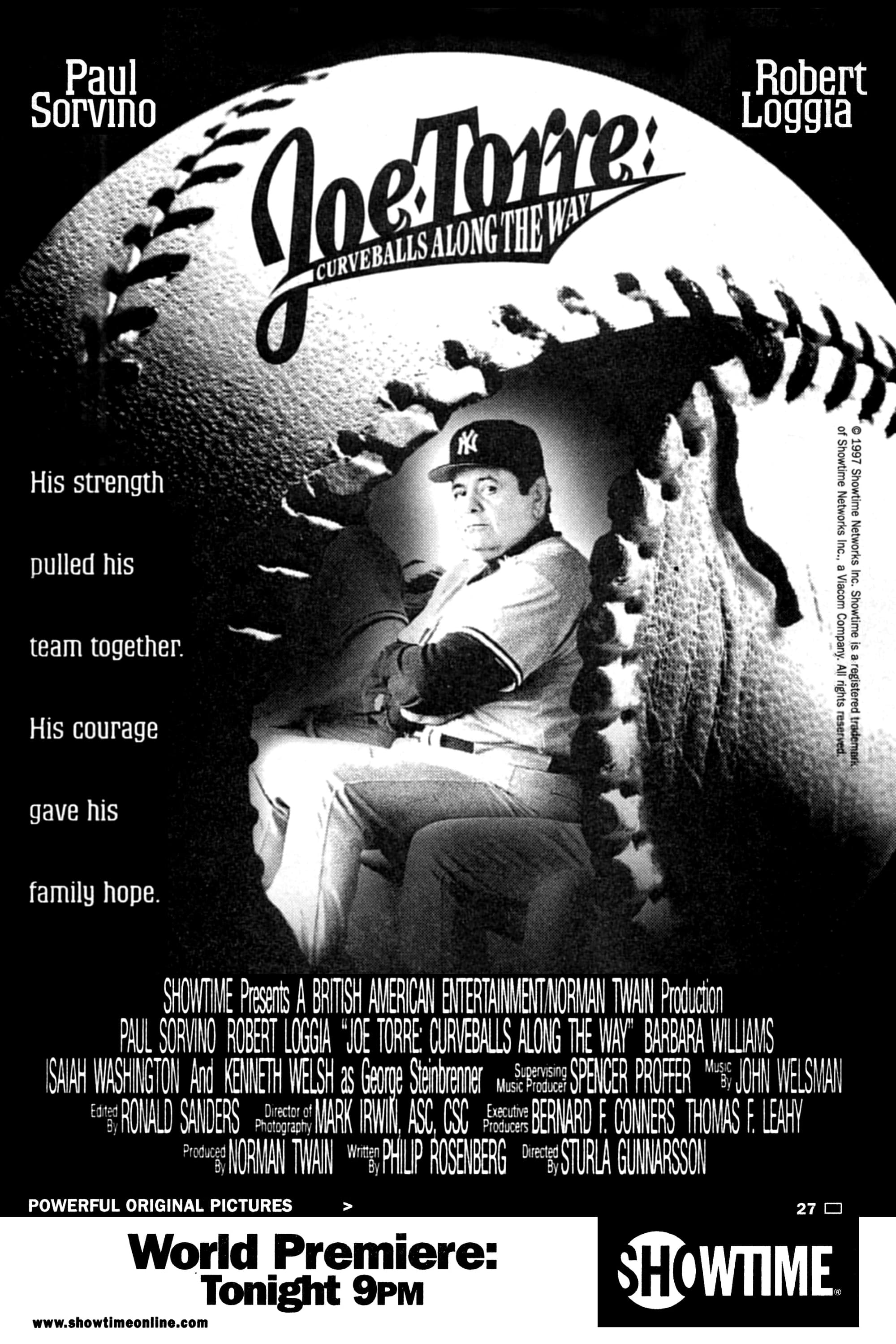 Joe Torre: Curveballs Along the Way

Joe Torre after failing to win a championship when he was a professional baseball player and as Manager to three teams is named Manager of the Yankees. And he finds himself having players like Dwight Gooden, Wade Boggs and Daryl Strawberry who are considered has beens. And players like David Cone who are ill. But nevertheless thinks he can win with them. At the same he deals with the loss of one brother and another brother battling the same condition that killed his brother.

Joe Torre: Curveballs Along the Way