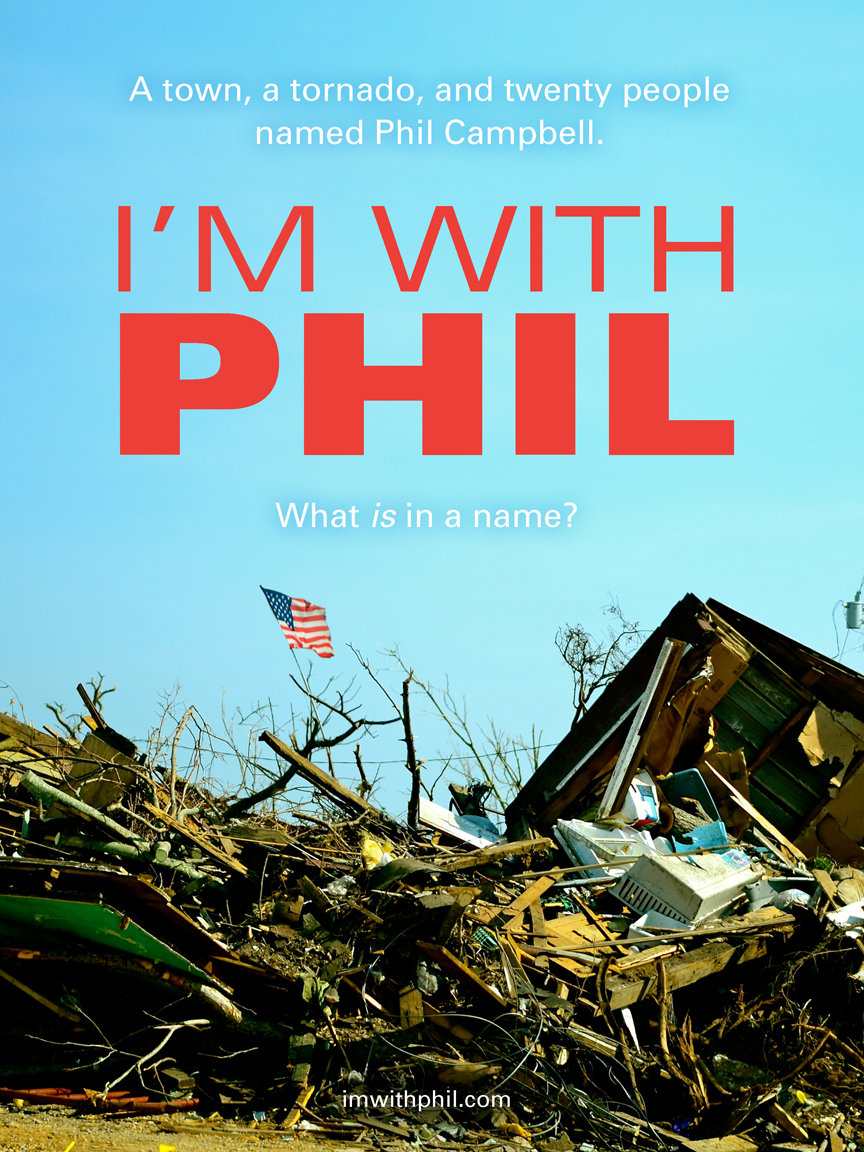 I'm with Phil is a feature length documentary concerning a series of events that transpire in a small Alabama town with a very unique name, Phil Campbell. It all begins when a man named Phil Campbell from Brooklyn, NY learns of the town's existence through an episode of Hee Haw. Phil then decides to organize a convention in the town for all the other people in the world that share the name of Phil Campbell. They are Phil, Felipe, Phyllis, Philomena, Philippa, Philippe, Philip, Phillip - well, you get the idea - Campbells, who live all over the world, from San Jose California to Bowral, Australia, and back to Kingston, Jamaica. They represent every political stripe, every hobby you can imagine, a wide range of religious beliefs, practically every English accent you can think of, plus quite a few more languages, from German to French-Canadian to Latino Spanish and Brazilian Portuguese. And, as an honorary Phil Campbell, we have Hollywood actor Jason Biggs, who plays the role of a Phil Campbell in the film "Grassroots." The Phils of the world have just one organizer and no real leader, but at least they have a clear destination in the town of Phil Campbell, AL. Or at least they think they do... This initially absurd assembly of Phils quickly transforms into a meaningful mission, as the town faces the most trying time in its 100 year history. I'm with Phil becomes an inspirational story about community, overcoming tragedy, and the importance of stepping up to help others. I'm with Phil, are you?